The Museum is open to the public! Current hours are Friday-Sunday from 12-5pm.Close

1889 — Moses Fleetwood Walker’s contract with Toledo not renewed because of his race.

1892 — No Black players will play on organized white teams for the next 13 years.

1896 — Plessy v. Ferguson argued in Supreme Court. Court rules that Black and white people do not have to co-mingle; facilities open to each race must be “separate but equal.” 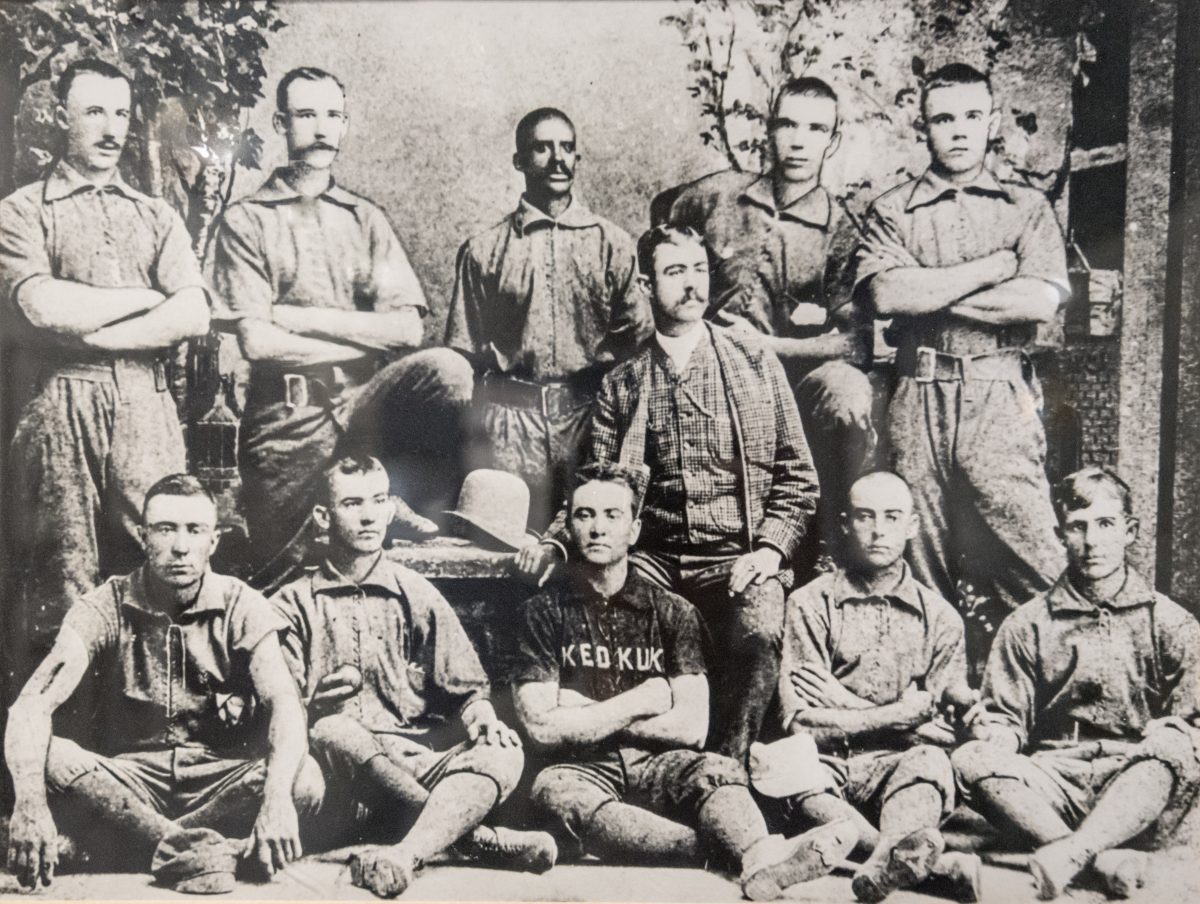 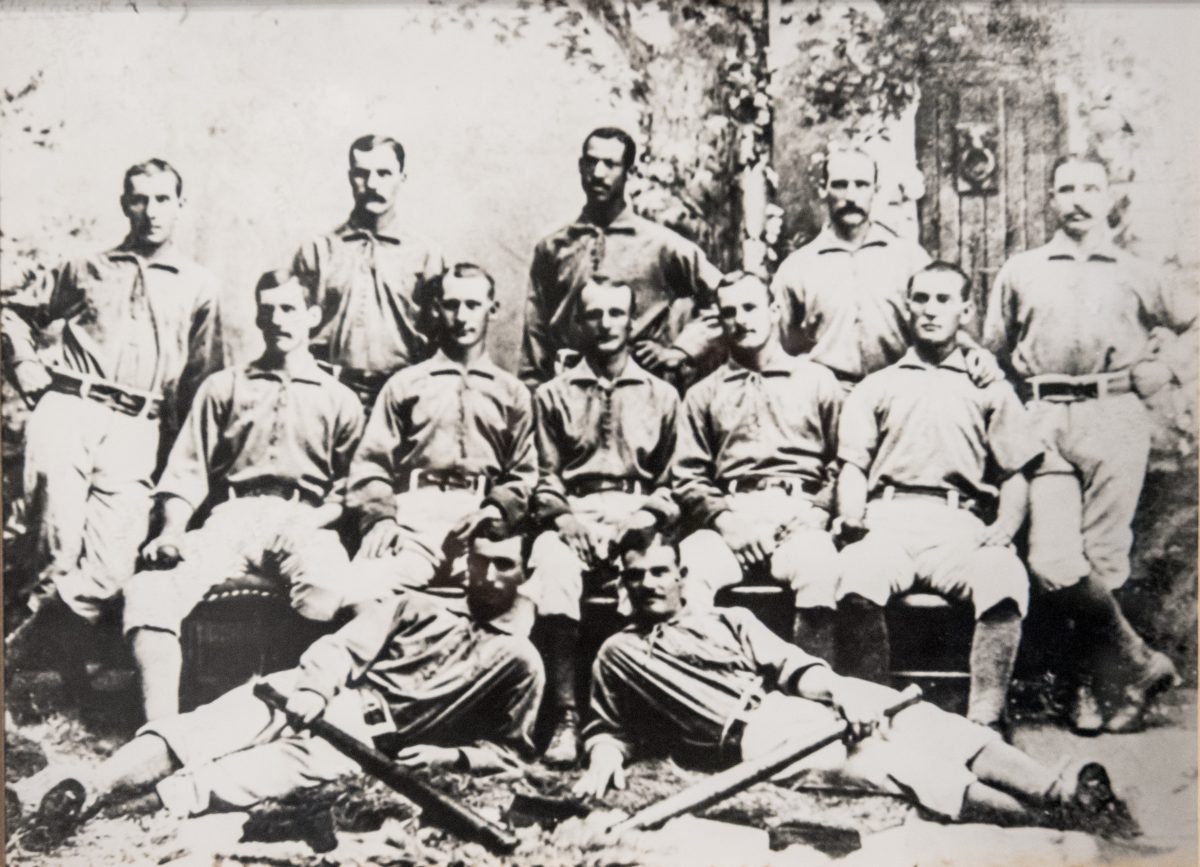 The son of an Ohio physician, bare-handed catcher Moses Fleetwood Walker is known as the first Black player to integrate the Major Leagues. This historic event took place in 1884, when his Toledo team joined the American Association. 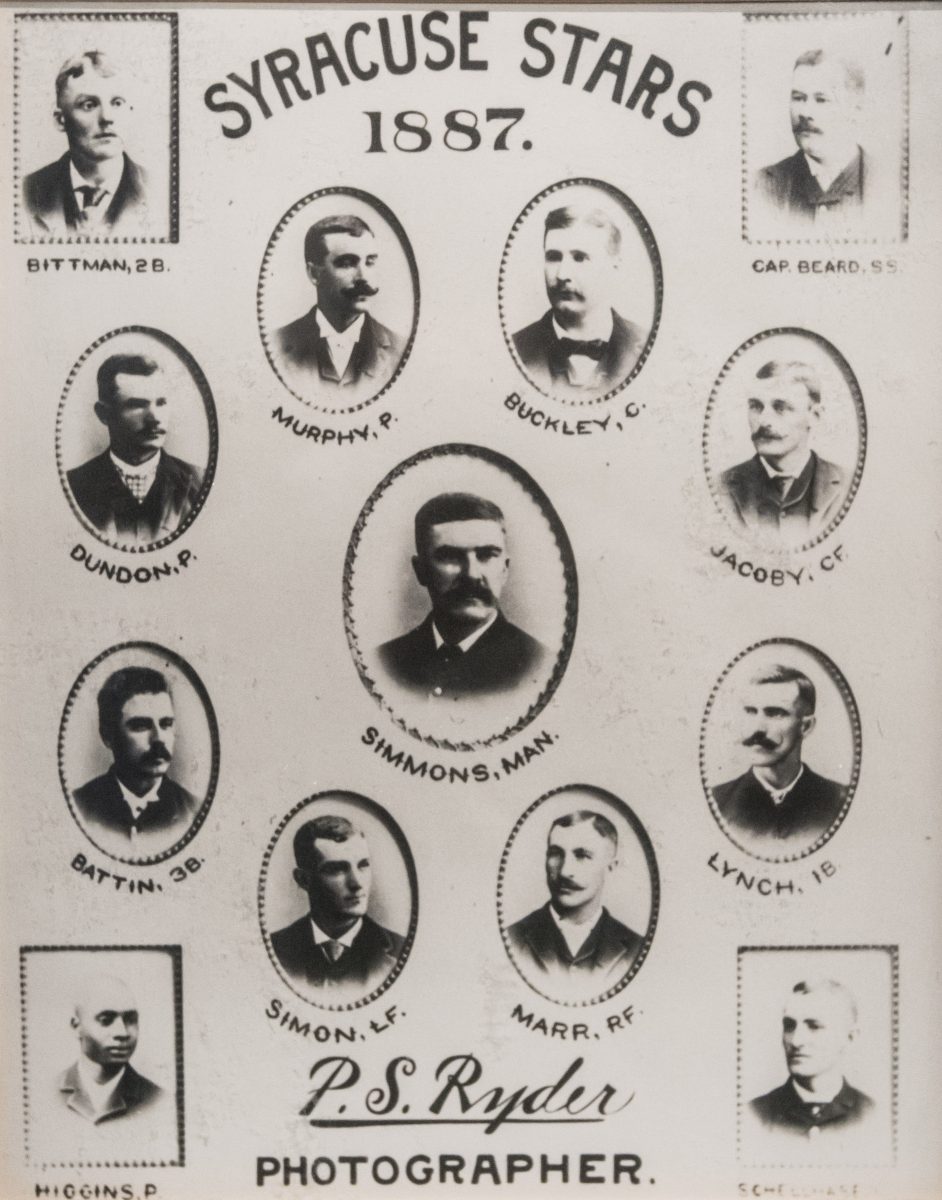 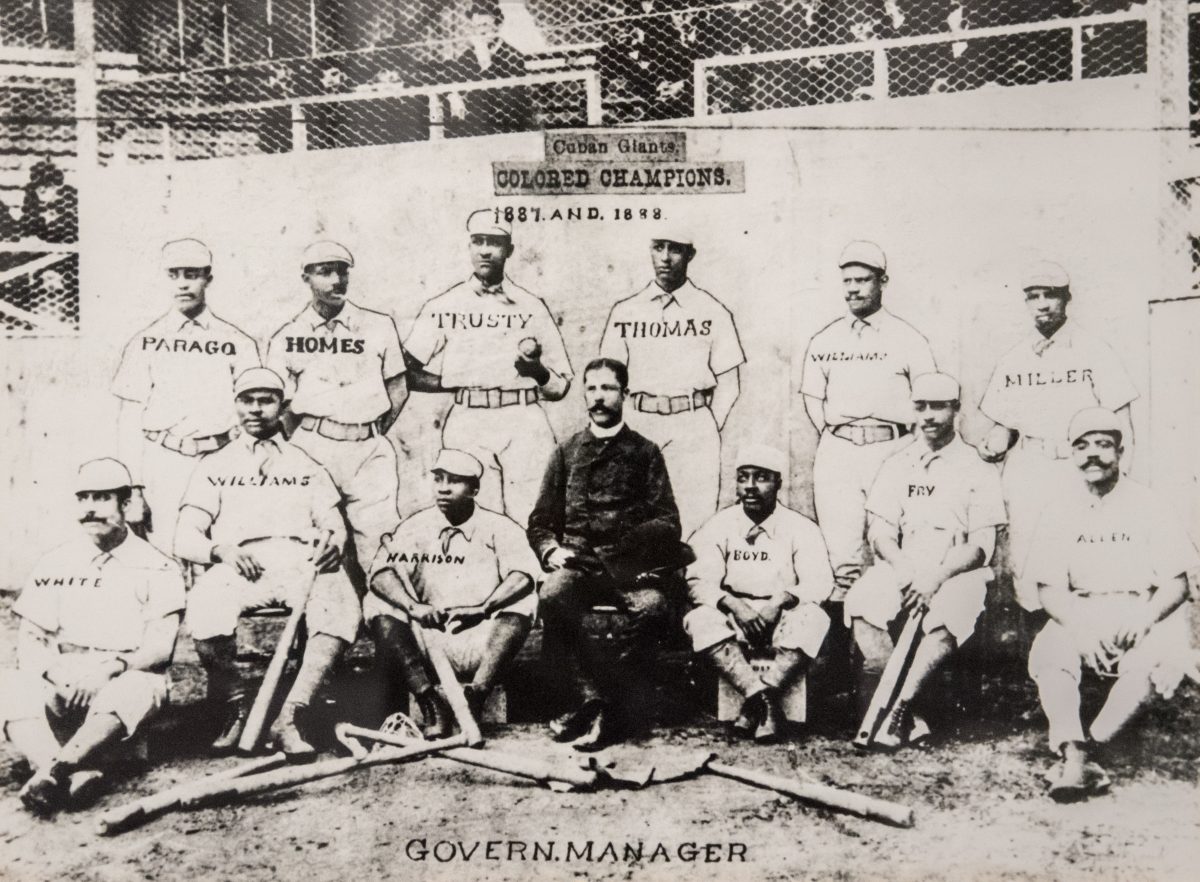 The Cubans were originally formed in 1885 by Frank P. Thompson, a headwaiter at the Argyle Hotel. Credited by some historians as the first salaried Black team, the Giants traditionally had the best players and routinely beat all comers. 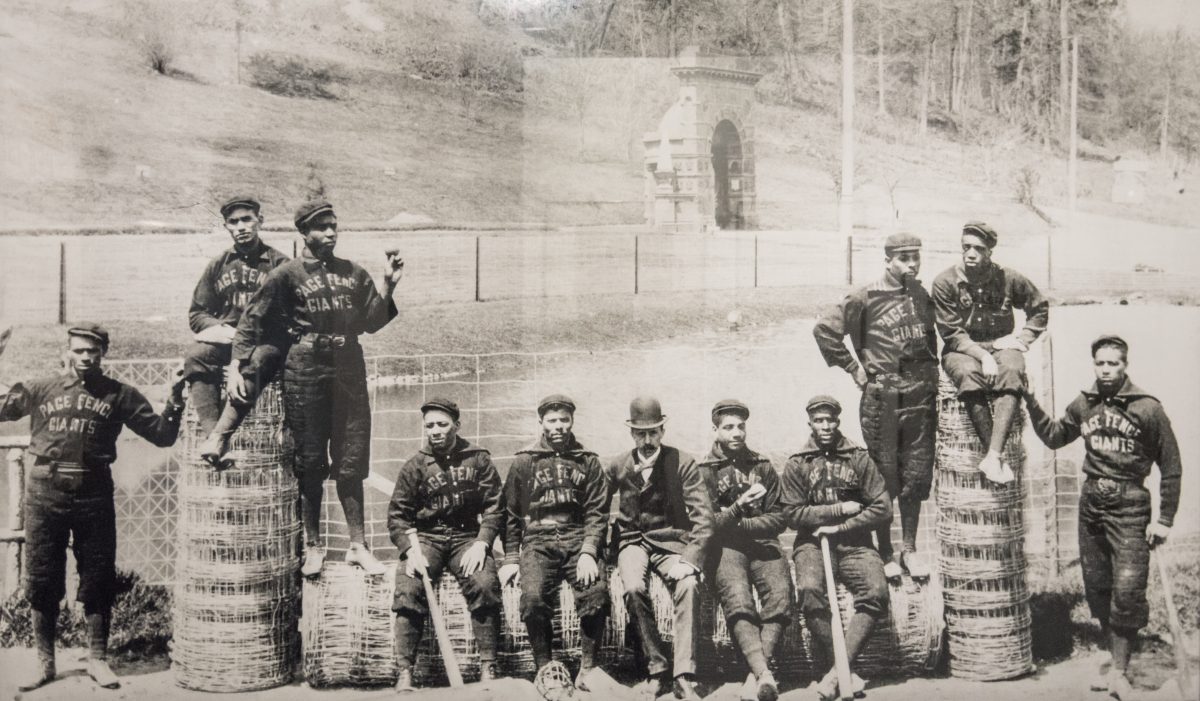 Page Fence Giants of Adrian, Michigan, were Black baseball’s most notorious club before the turn of the century. In 1897, the Giants reeled off 82 consecutive wins with stars like Charlie Grant (2L) at second, George Wilson (3L) pitching and shortstop Grant “Home Run” Johnson at the helm. 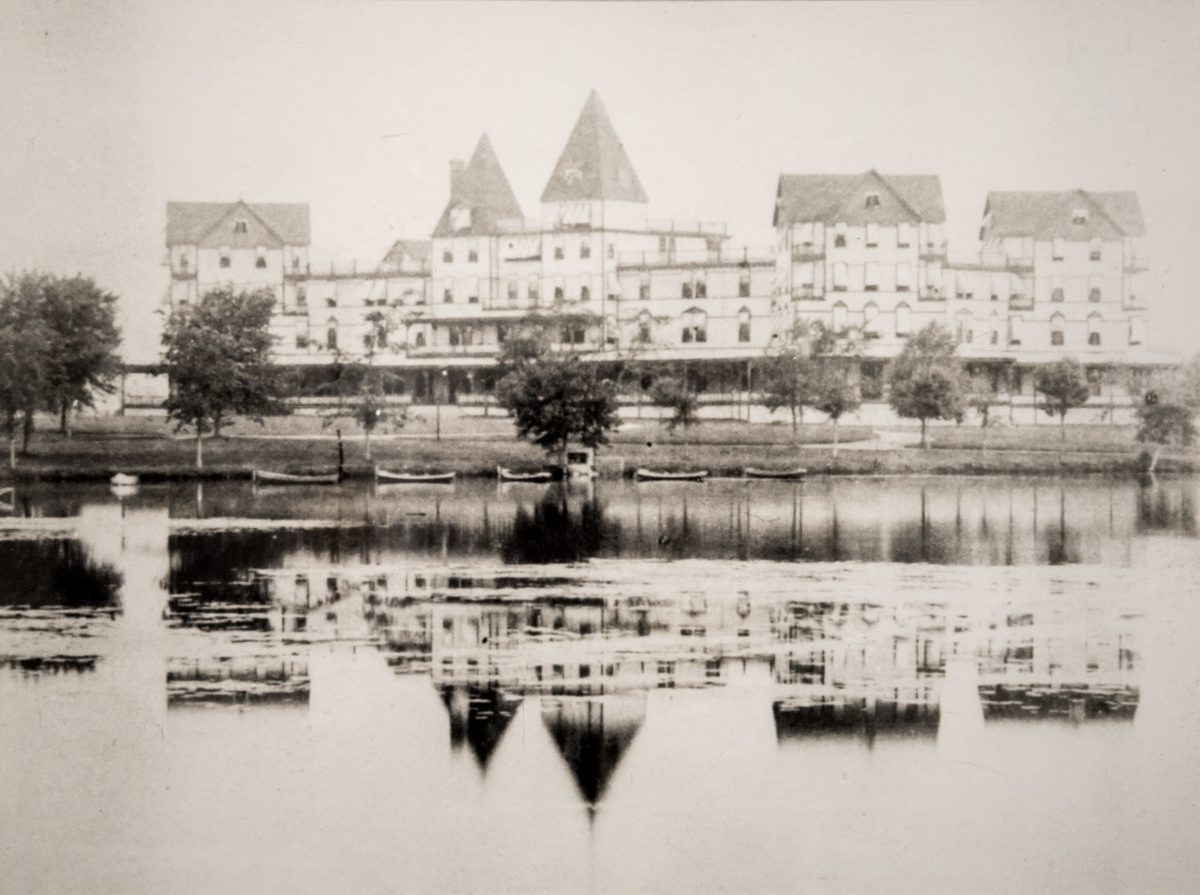 Built in 1882, this elegant resort in Babylon, New York, was named after England’s Duke of Argyll. The Argyle is considered home of the first Black professional team, the original Cuban Giants, comprised of the hotel’s Black waiters.

Lawrence Hogan on racism in baseball