1929 — American Negro League established but survives only one season due to Great Depression. 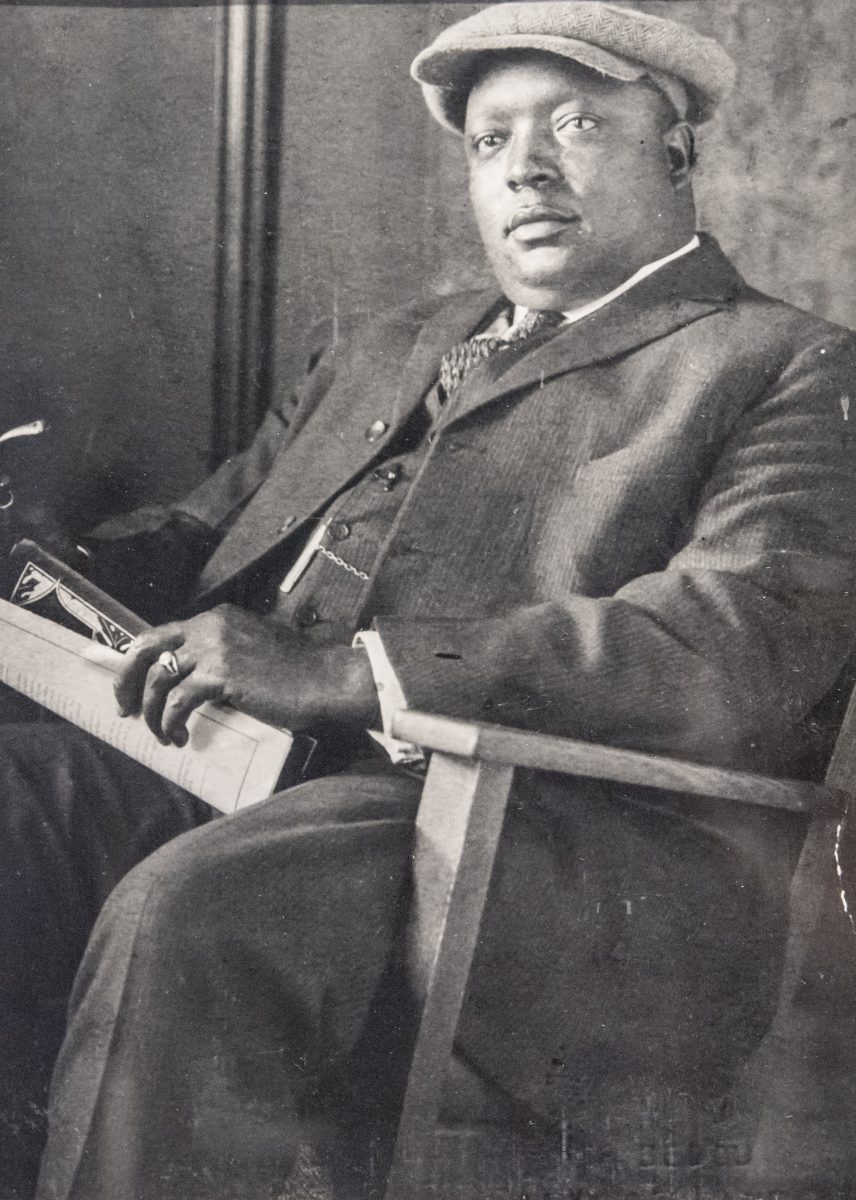 In 1920, Foster established the first successful Black league to survive a full season — the Negro National League. The League’s motto was: “We Are The Ship, All Else The Sea,” an accurate analogy of mainstream baseball’s recognition or lack thereof. 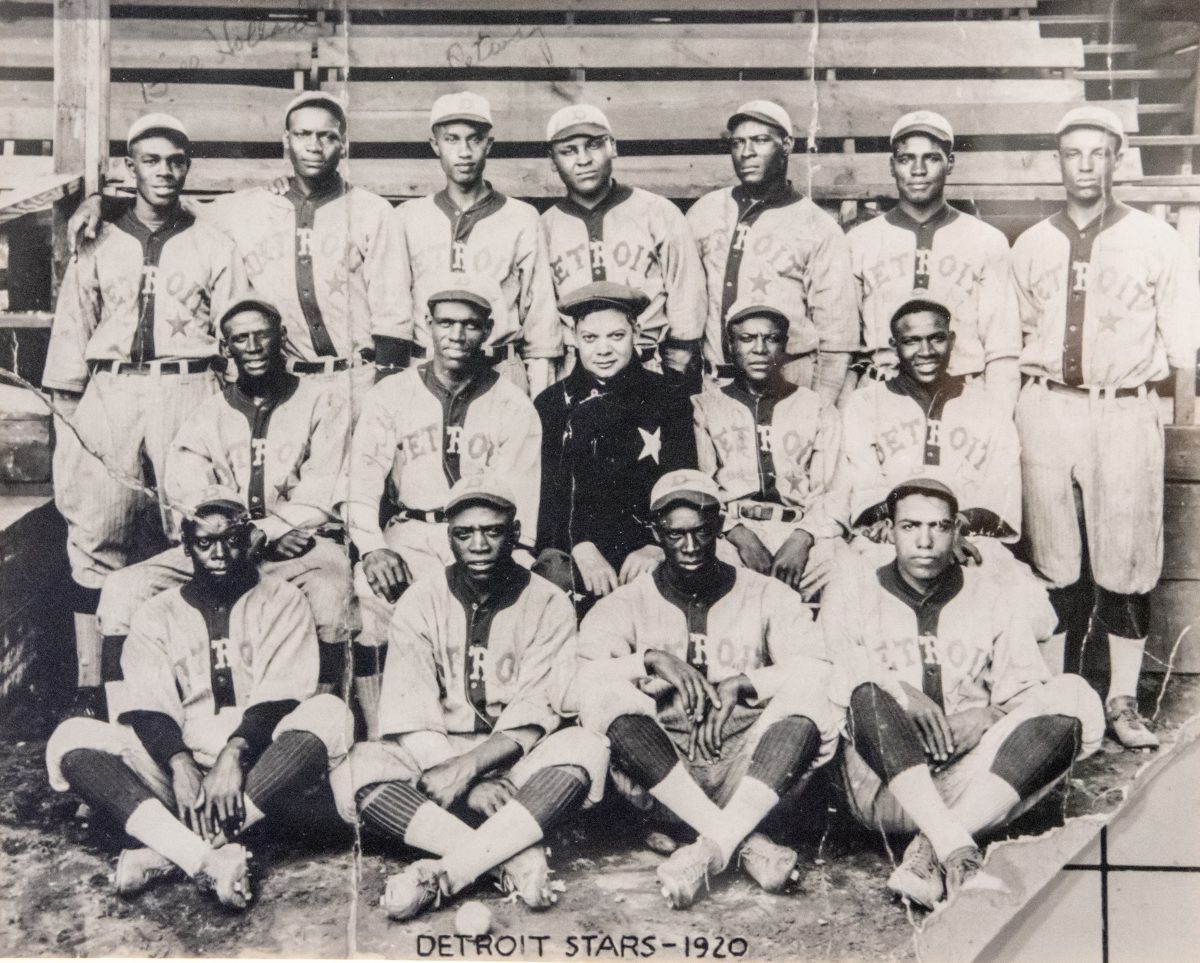 One of the original entries into the Negro National League, the Stars were stacked with quality players like Ed Wesley (TR,2L), Bruce Petway (TR,3L), Bill Gatewood (TR,3R), Pete Hill (MR,2L), Jimmy Lyons (MR,2R) and Andy Cooper (MR,1R). They finished a close second to the Chicago American Giants that year with a 35 – 23 record. 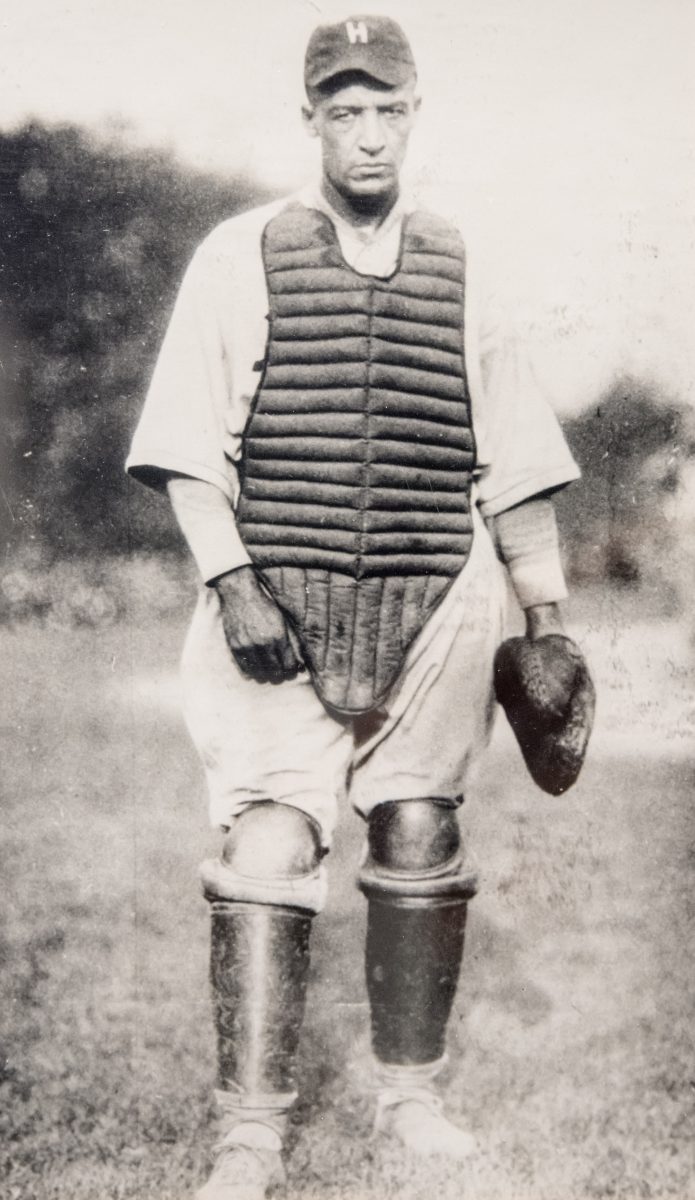 Santop was considered the best hitting catcher in the early days of the league. He was known for his tape-measured homers during the “dead-ball” era in baseball. When the Hilldales joined the newly-created Eastern Colored League in 1923, Santop guided a young pitching staff to two league pennants. 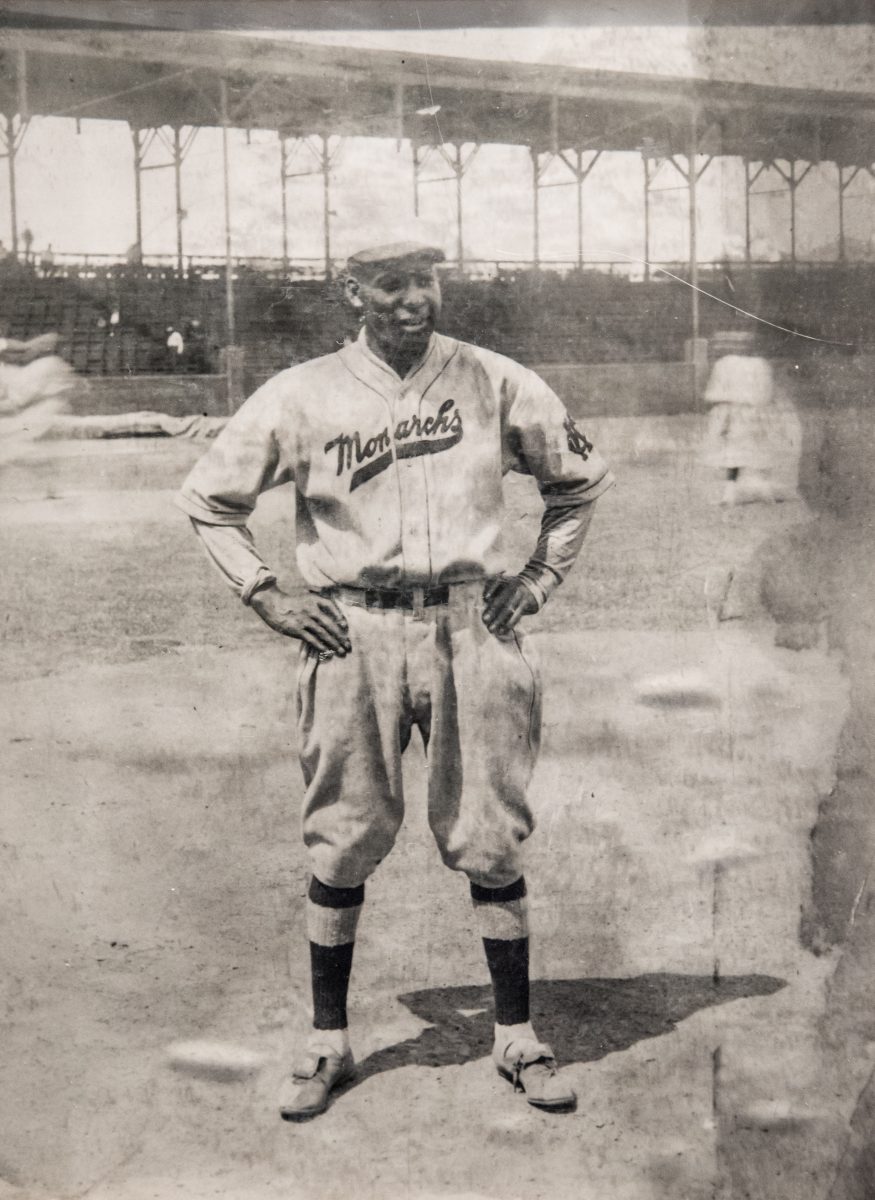 The ultimate hitting and pitching machine, Rogan pitched the K.C. Monarchs to three consecutive pennants in 1923, 1924 and 1925, at the same time batting over .350 each year in the clean-up spot. “Bullet Joe” has the highest batting average of any pitcher in Negro League history.

The charismatic Frank Duncan was known as one of the finest catchers in the game. He anchored the pitching staffs of the 1923, 1924, 1925, 1926 and 1929 championship Kansas City Monarchs. The friendly and entertaining Duncan was an excellent steal stopper — written across his chest protector was the phrase “Thou Shalt Not Steal.” 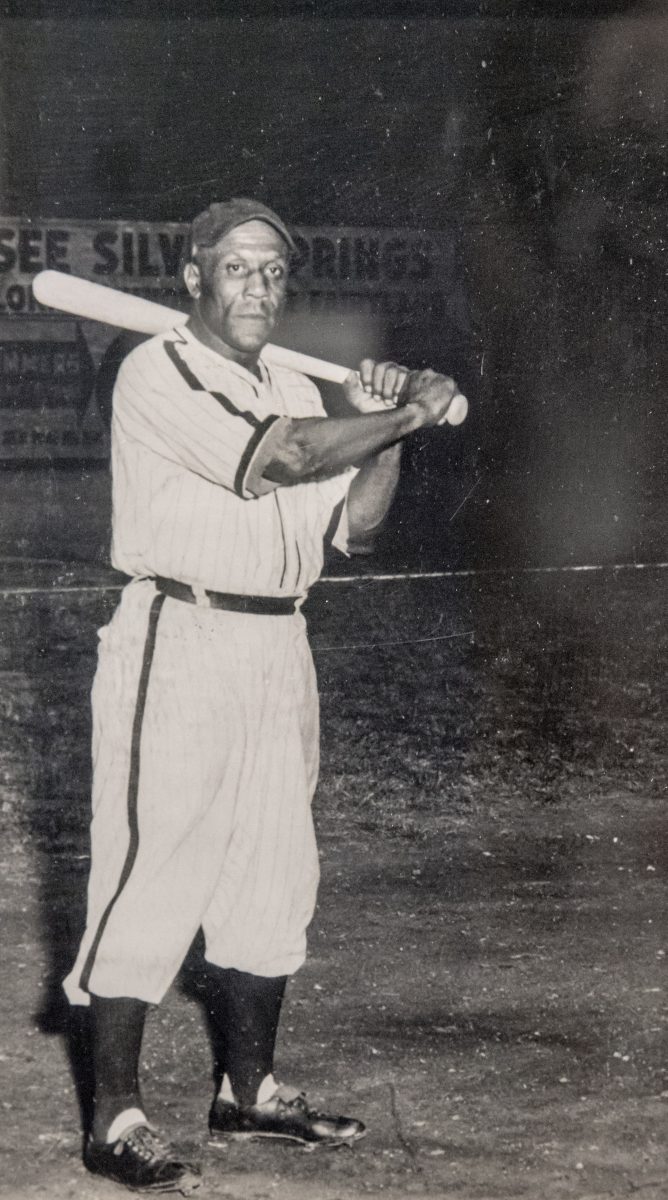 Although not a flashy third baseman, this left-handed slugger was a dangerous clutch hitter. Wilson played 24 years with topnotch teams like the Baltimore Black Sox, Pittsburgh Crawfords and Homestead Grays. He is shown here in a Philadelphia Stars uniform.

This is opening day of the first Colored World Series between the Kansas City Monarchs and the Hilldales from Darby, Pennsylvania, the home of Connie Mack’s Philadelphia A’s. Shibe Park was the first concrete- and steel-structured stadium built. 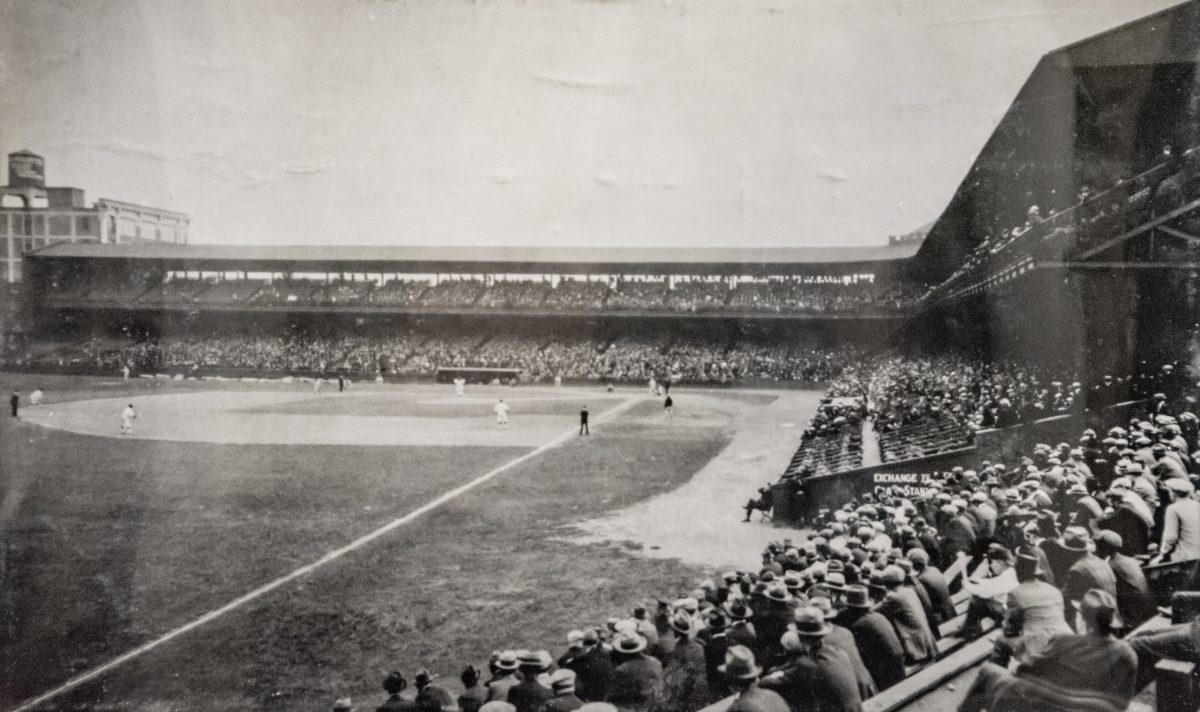 In 1924, the Kansas City Monarchs were victorious over the Hilldale Giants from Darby, Pennsylvania. The Monarchs won the first official “Colored” World Series, five games to four. This picture was taken at Muehlebach Stadium in Kansas City, Missouri.

Lawrence Hogan on the Negro Leagues

The intellectual “Gentleman” Dave Malarcher was an extraordinary switch-hitting third baseman for the Chicago American Giants. In 1926, this Dillard University graduate succeeded the legendary Rube Foster as manager. He applied the master’s teaching to earn World Series titles the next two seasons. 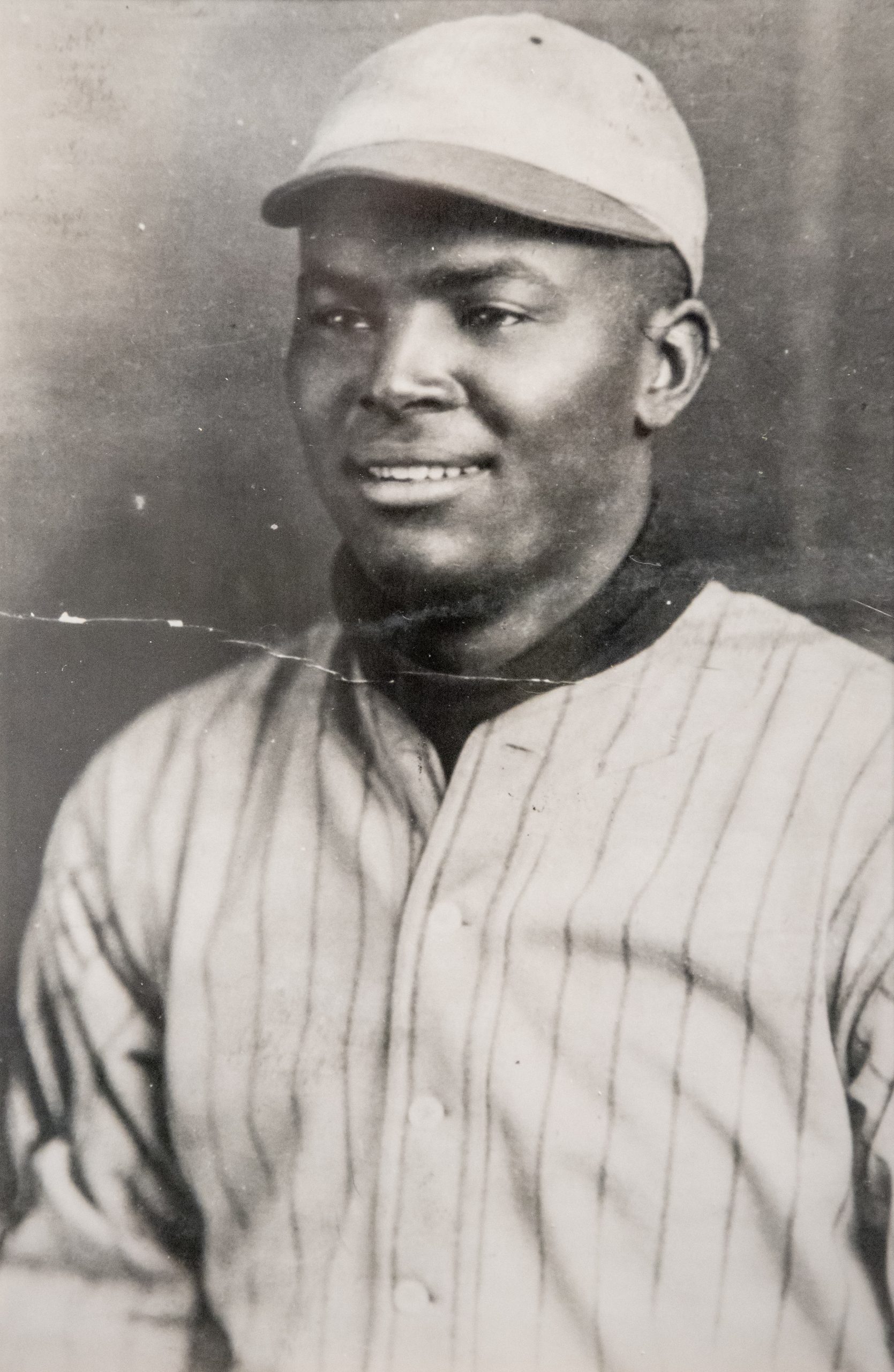 “Dean of Catchers,” according to Monte Irvin, “Biz” Mackey was a master behind the plate. He has been credited with teaching the fine art of catching to Roy Campanella. A lifetime .300 hitter, Mackey played on four All-Star teams and five pennant winners. 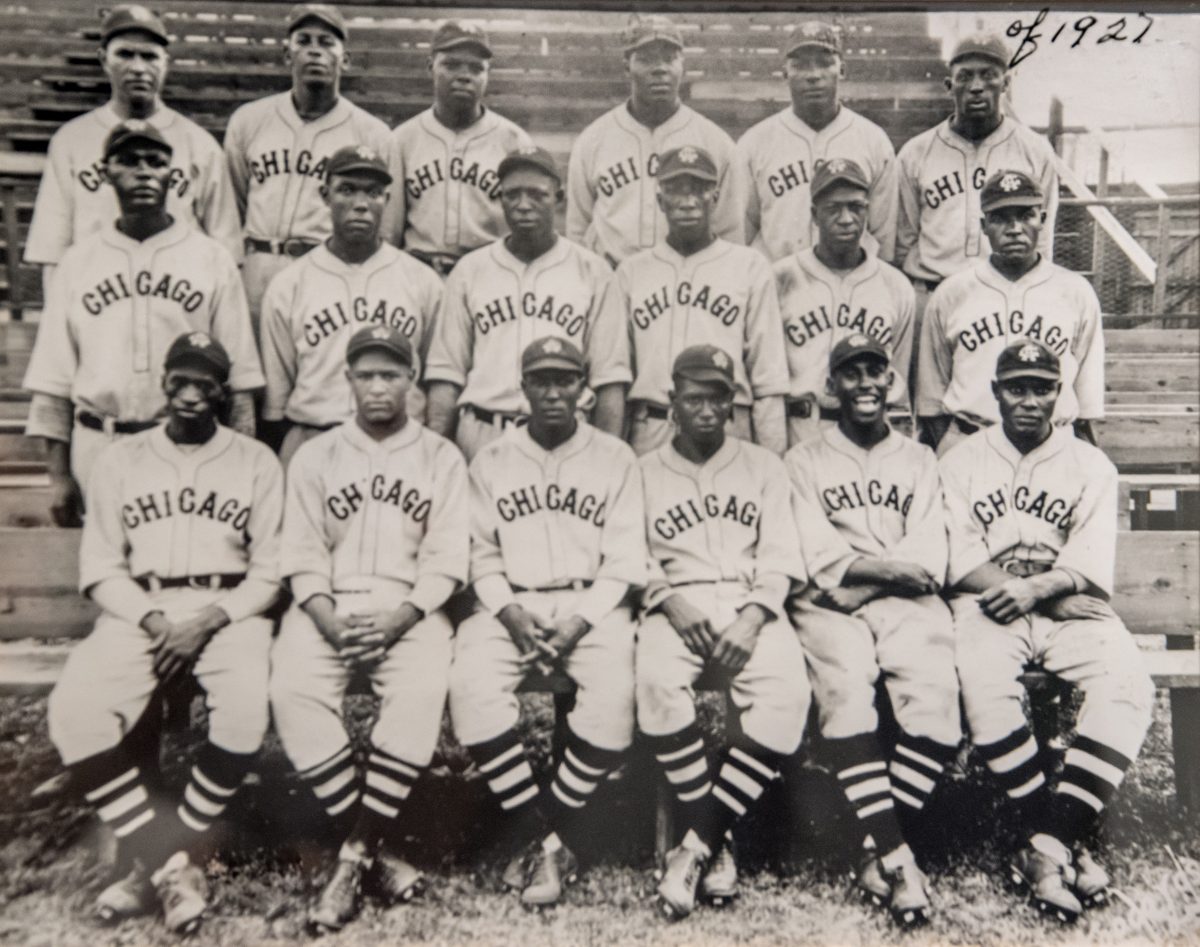 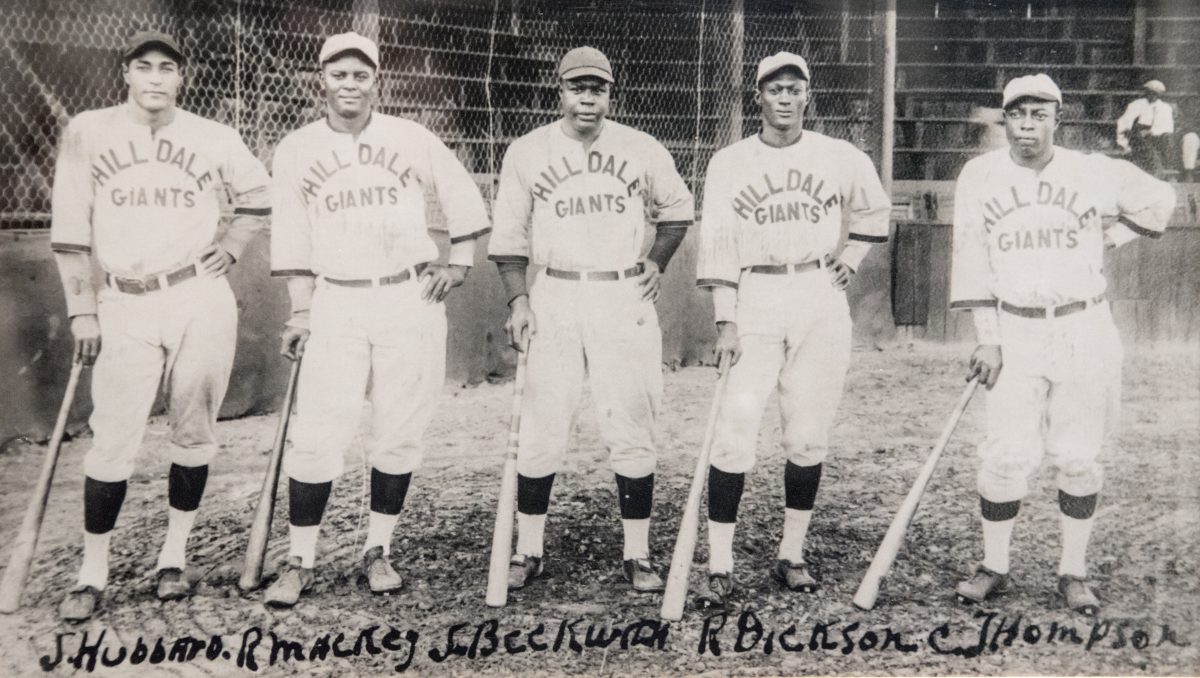 This “formidable five” of the Hilldale Giants played in the 1929 California Winter League. They were perhaps the finest quintet of power hitters ever to be assembled on one team. From left to right: Jesse “Mountain Man” Hubbard (P), Raleigh “Biz” Mackey (C), John Beckwith (SS), Herb “Rap” Dixon (3B) and Clint Thomas (OF). 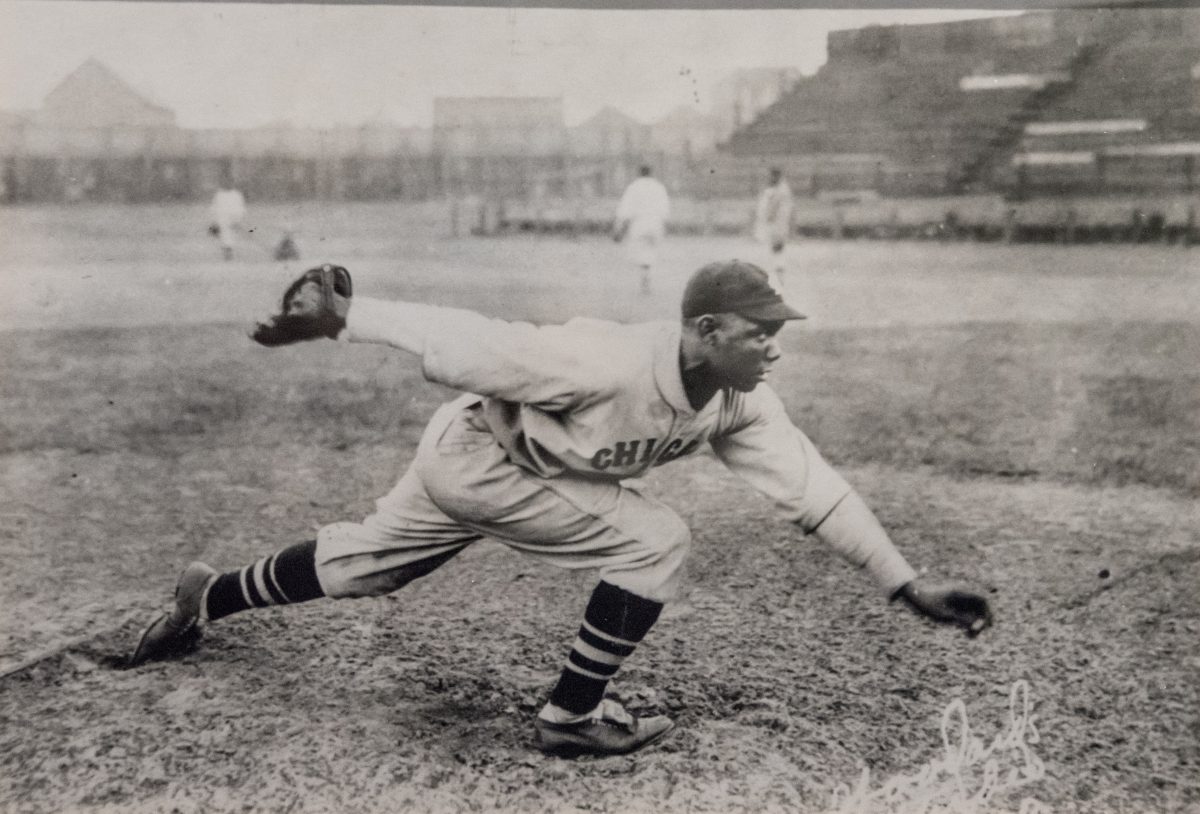 Rube Foster’s half-brother Willie is considered by some historians to have been the greatest left-handed pitcher in the Black leagues. In 1926, he led the Chicago American Giants to a league pennant with 26 wins. A finesse pitcher, the tireless Foster was known to pitch both games of a double-header. In 1933, he started and won the first East-West All-Star game.

This tall Texan from San Antonio was Black baseball’s most celebrated power pitcher. He once struck out 27 batters in 12 innings. A 25-year veteran of the Black leagues, he defeated seven future Hall of Fame pitchers before inter-league play was banned. 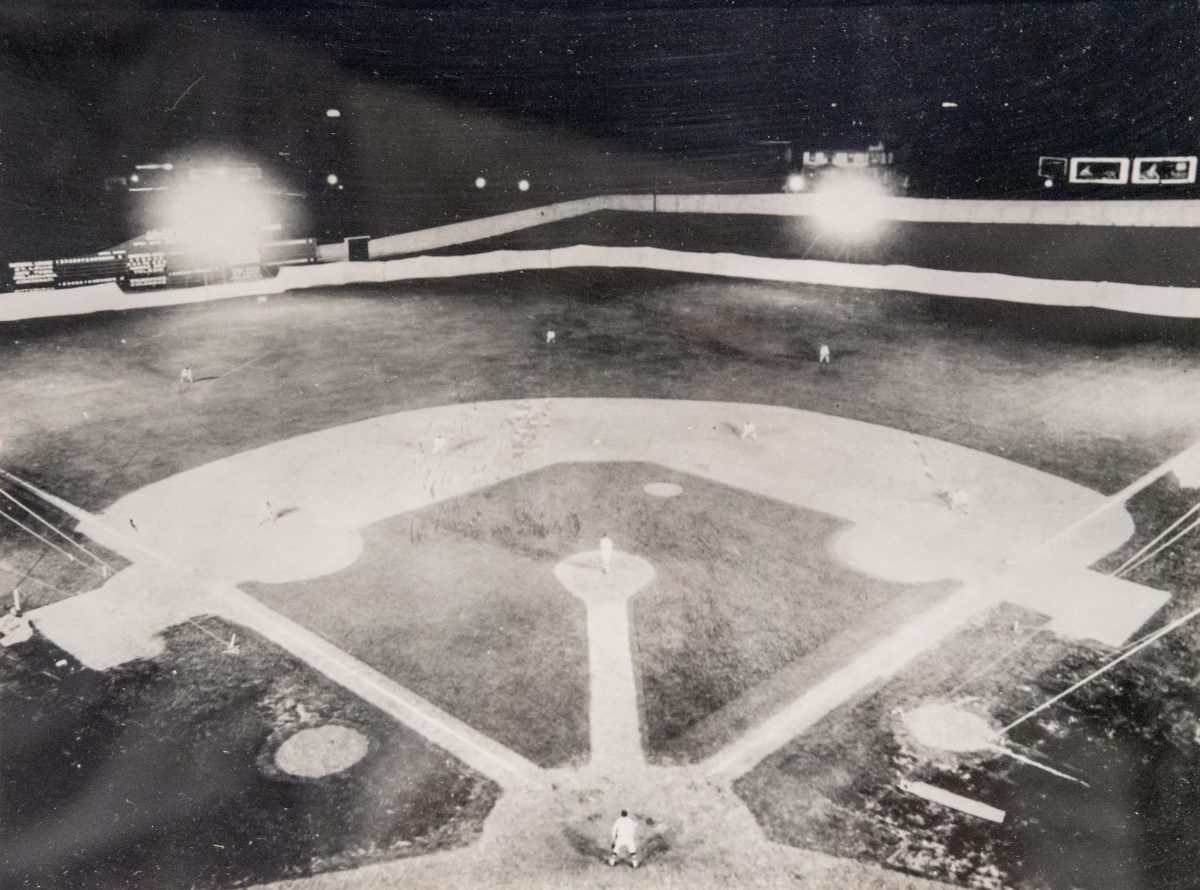 Monarchs owner J.L. Wilkinson’s innovative portable lighting system proved to be the savior of Black baseball during the post-Depression thirties. In 1930, the bright lights made their debut in Enid, Oklahoma. Trucks supporting telescopic poles elevated to roughly 50 feet to beam six floodlights across portions of the diamond and the outfield. Night baseball became a standard fixture in Black baseball five years before the Major Leagues installed lights. 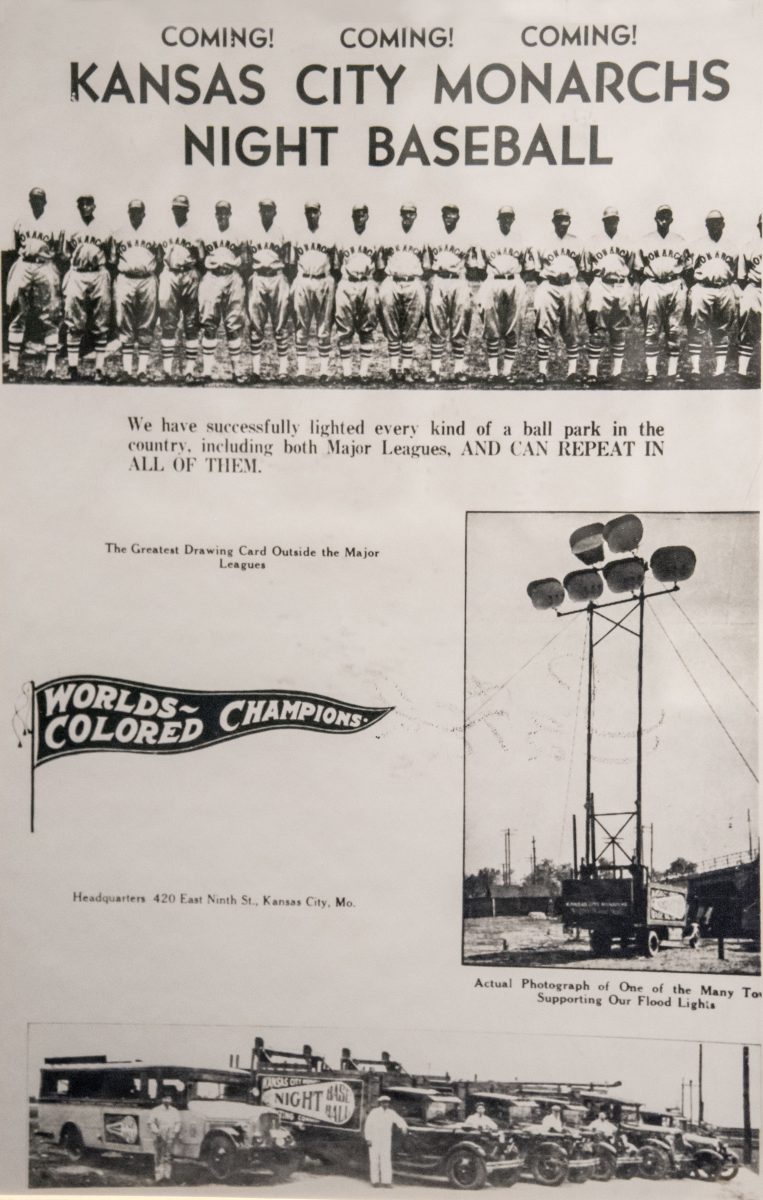 The night lights were an attraction to many new fans. The Kansas City Call newspaper praised the technology: “The Monarchs will probably do to baseball this year, what talkies have done to the movies.”