1954 — Supreme Court renders decision in Brown v. Board of Education of Topeka, Kansas. Court states that separate public facilities established under “separate but equal” doctrine are no longer legal.

1960 — Negro American League disbands at the end of the season, with only four teams left for barnstorming duty. 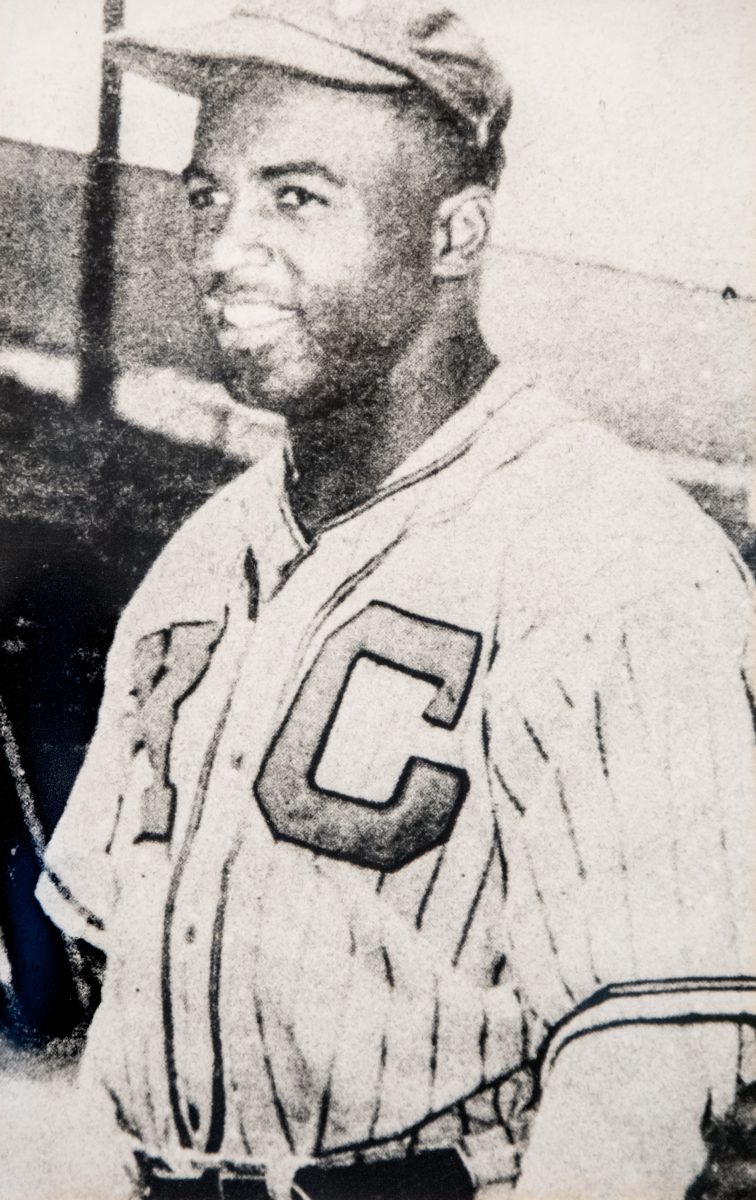 John Roosevelt Robinson was called “the Jim Thorpe of his race” for his multi-sport skills. He was a four-letter man in football, track, basketball and baseball at UCLA. Robinson was named National League Rookie of the Year in 1947 and Most Valuable Player in 1949. A former K.C. Monarch, Robinson led the National League in batting in 1949 and appeared in All-Star games from 1949 through 1954. 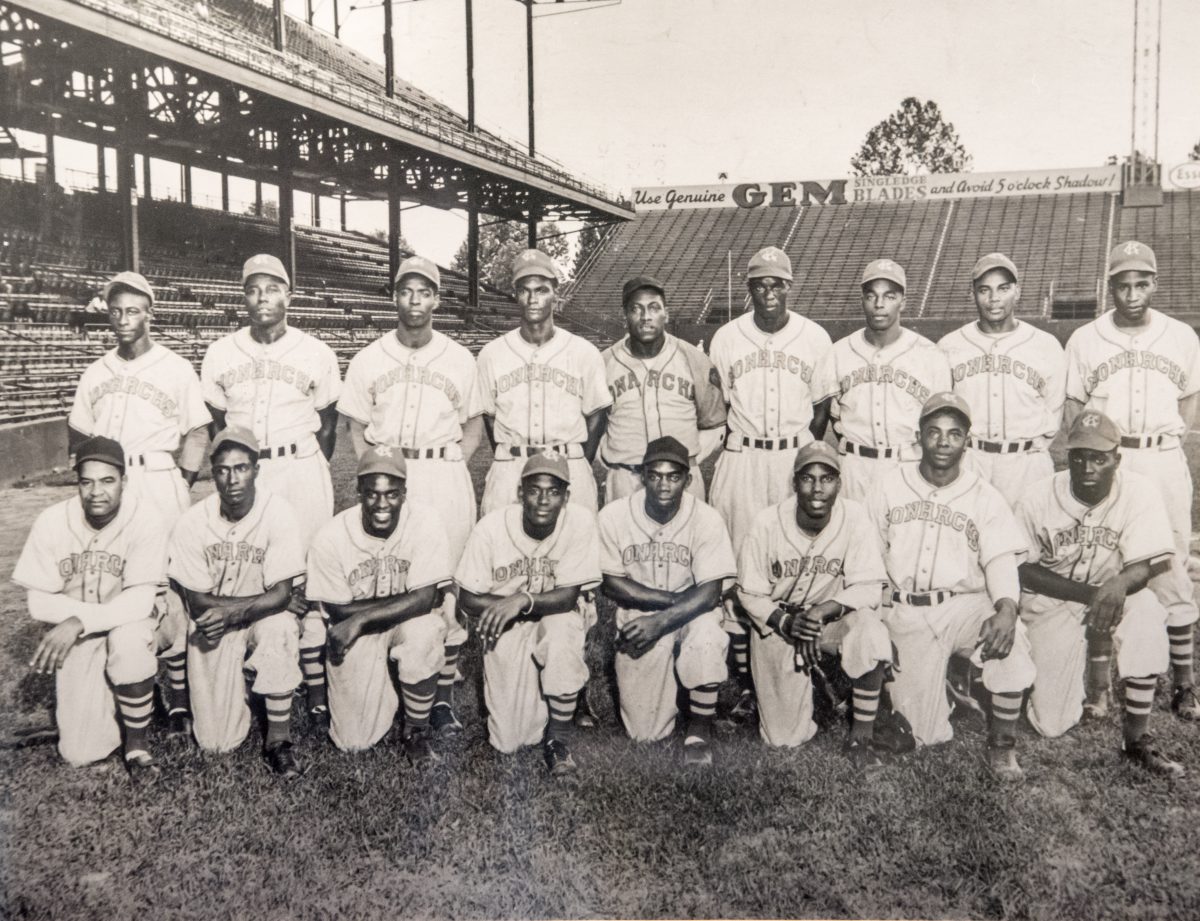 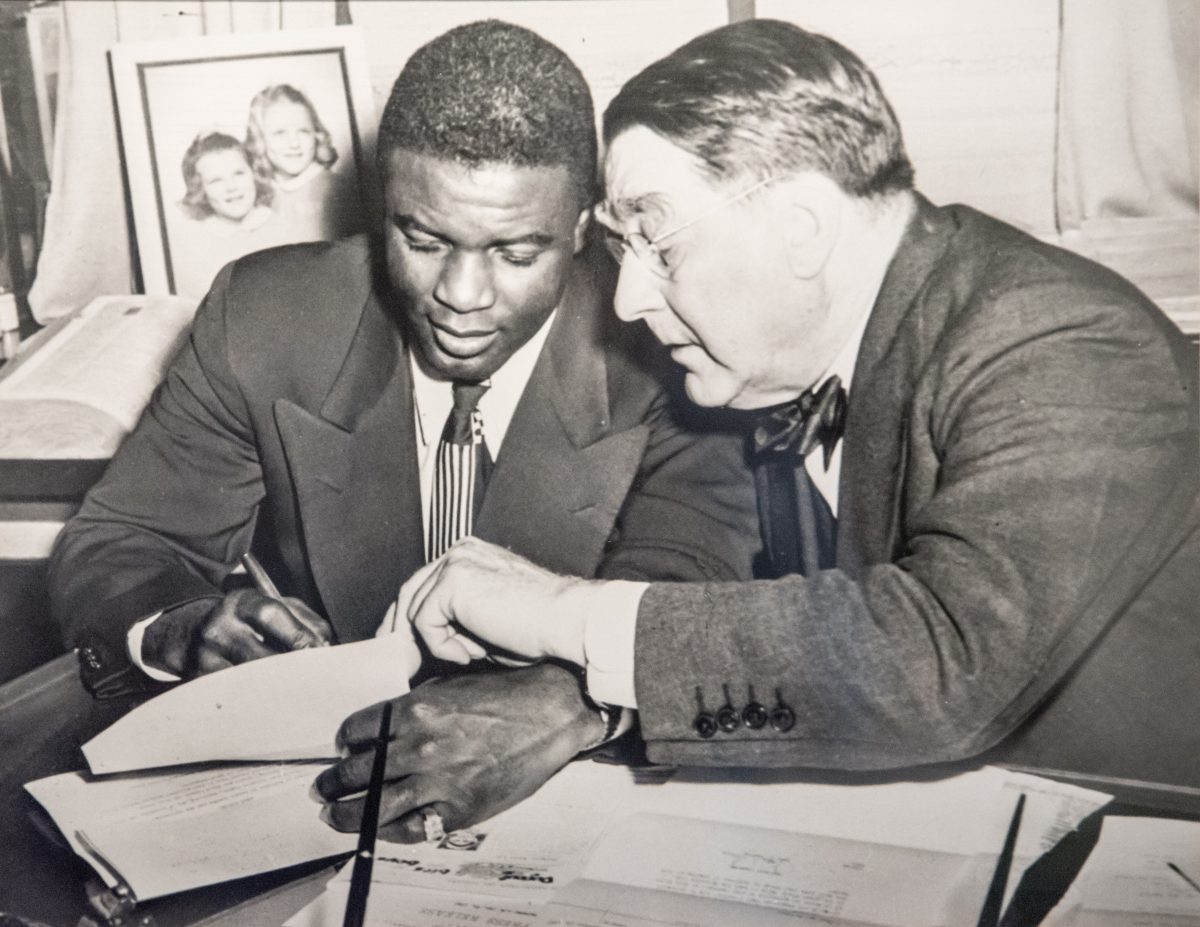 It was this 28-year-old rookie Jackie Robinson who broke the long established but unwritten law that had excluded Black players from the Major Leagues, when he signed a Brooklyn Dodgers contract with owner Branch Rickey. The so-called “Gentlemen’s Agreement” would never be enforced again. 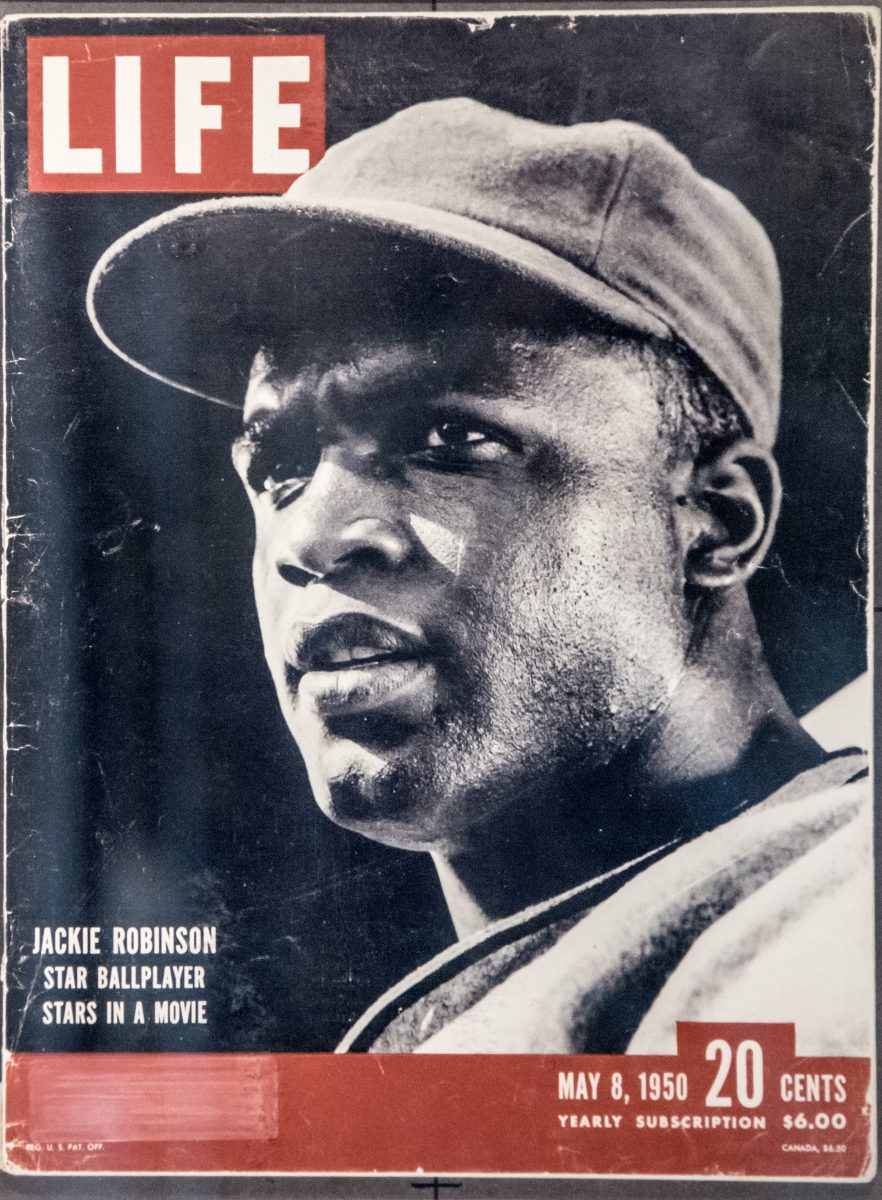 Jackie Robinson’s appearance on the cover of Life magazine was a novelty for a Black athlete at the time. After winning the Most Valuable Player award in 1949, Robinson became an instant celebrity, appearing on many magazine covers, in household ads, on television shows and as a frequent guest on radio talk shows. 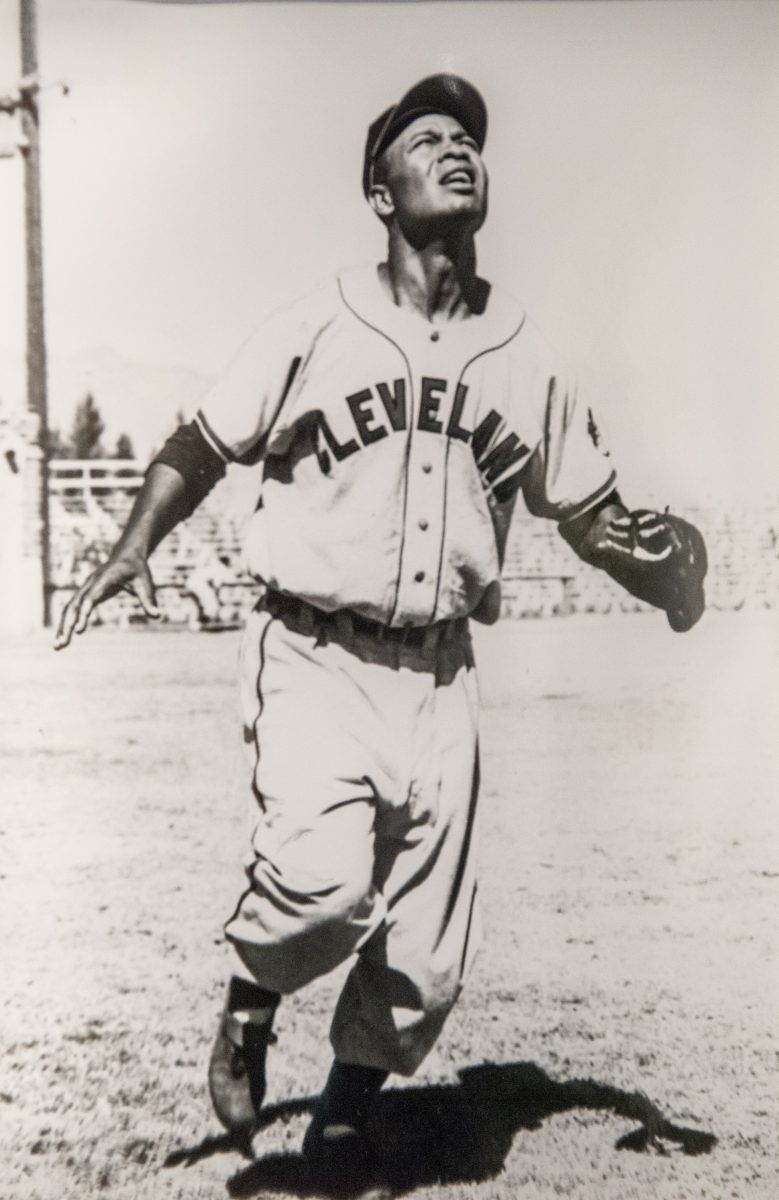 Doby holds the distinction of being the first Black player to join the American League. A former second baseman for the Newark Eagles, he carried the Cleveland Indians to a World Series championship in 1948 and he played in every All-Star game from 1949 through 1954. In 1978, he was named manager of the Chicago White Sox. 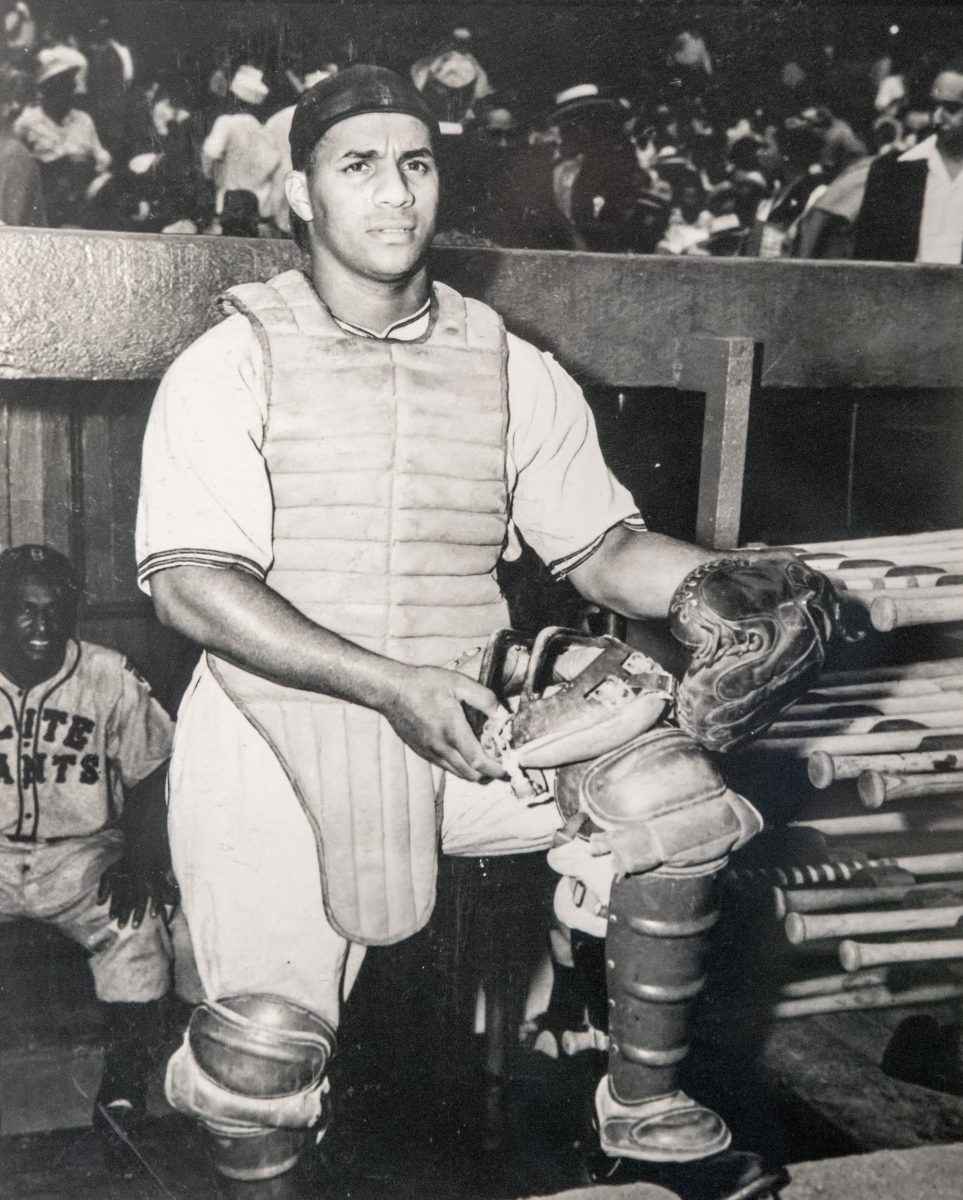 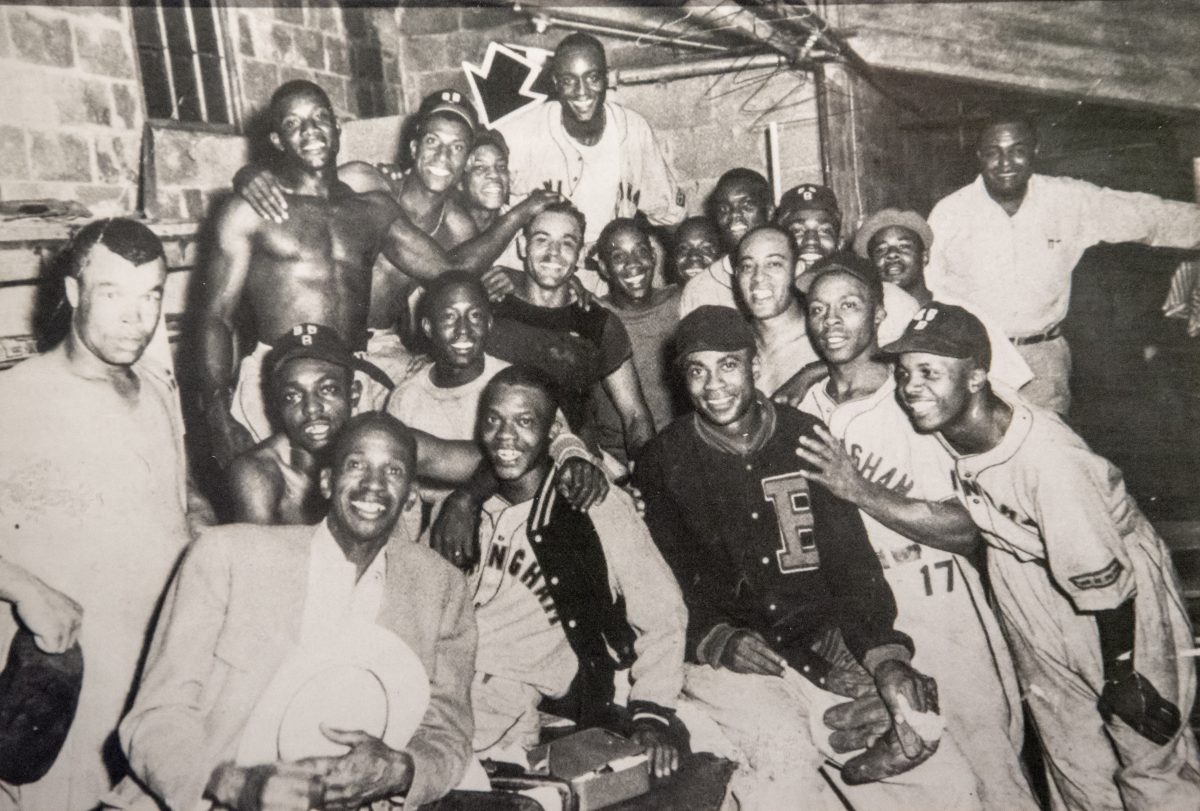 In 1948, a rookie from Alabama named Willie Mays joined the Negro American League Champion Birmingham Black Barons. They lost the World Series to the Homestead Grays in five games. After three years under the tutelage of manager Piper Davis, the “Say Hey Kid” developed into the Major Leagues’ most exciting player.

Bob Kendrick on Willie Mays and the Black Barons 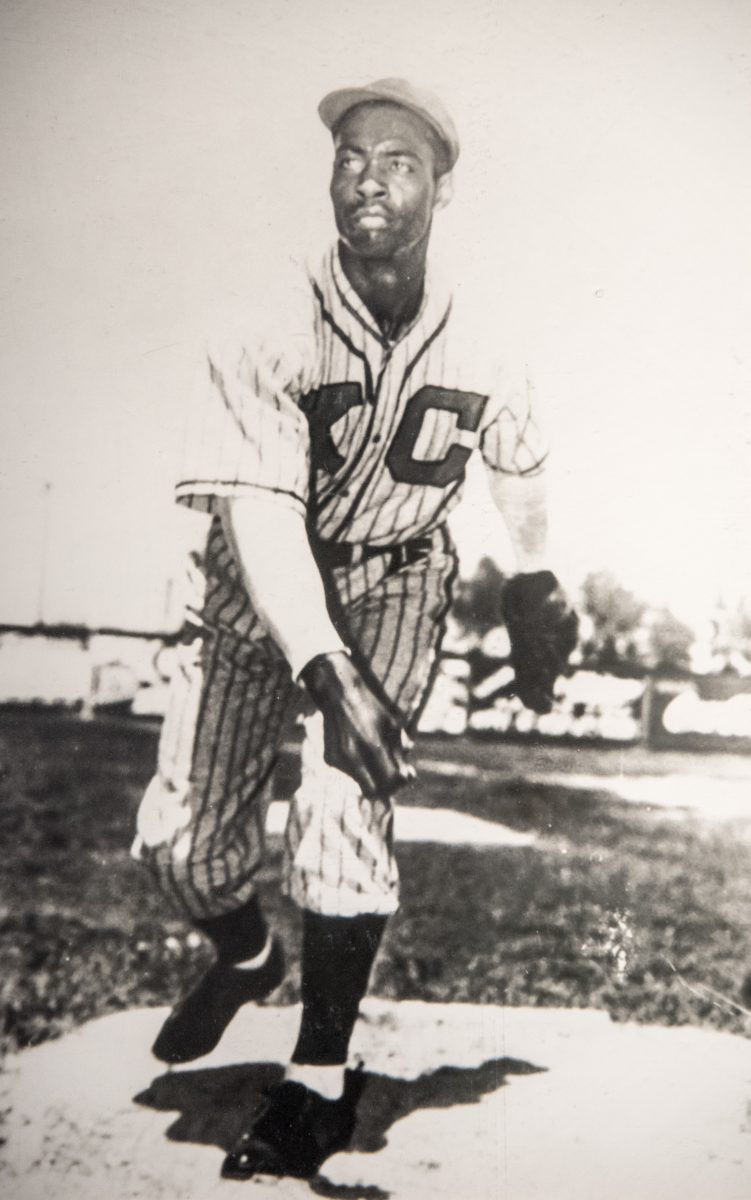 McDaniel was known as “Cannonball” for his explosive pitching style with the K.C. Monarchs. In 1949, 38-year-old “Big Mac” became the first African American to sign with the Chicago Cubs Minor League team Los Angeles Angels of the Pacific Coast League. He had a streak of five victories before losing his first game. 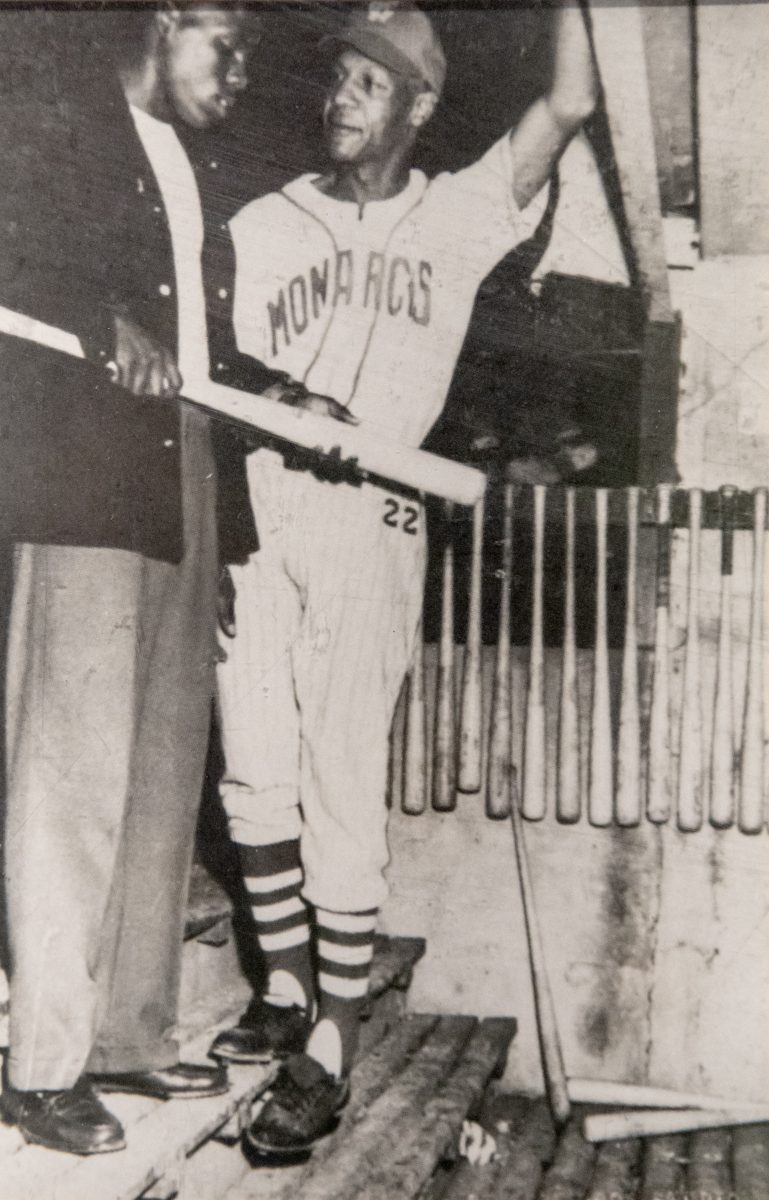 Nineteen-year-old Bob Gibson (left) and Monarchs’ manager Buck O’Neil met for possible contract talks. Young Gibson never played for the Monarchs, but he went on to the Majors, winning the league’s Most Valuable Player and Cy Young awards in 1968. Gibson was named to eight All-Star squads as a St. Louis Cardinal. 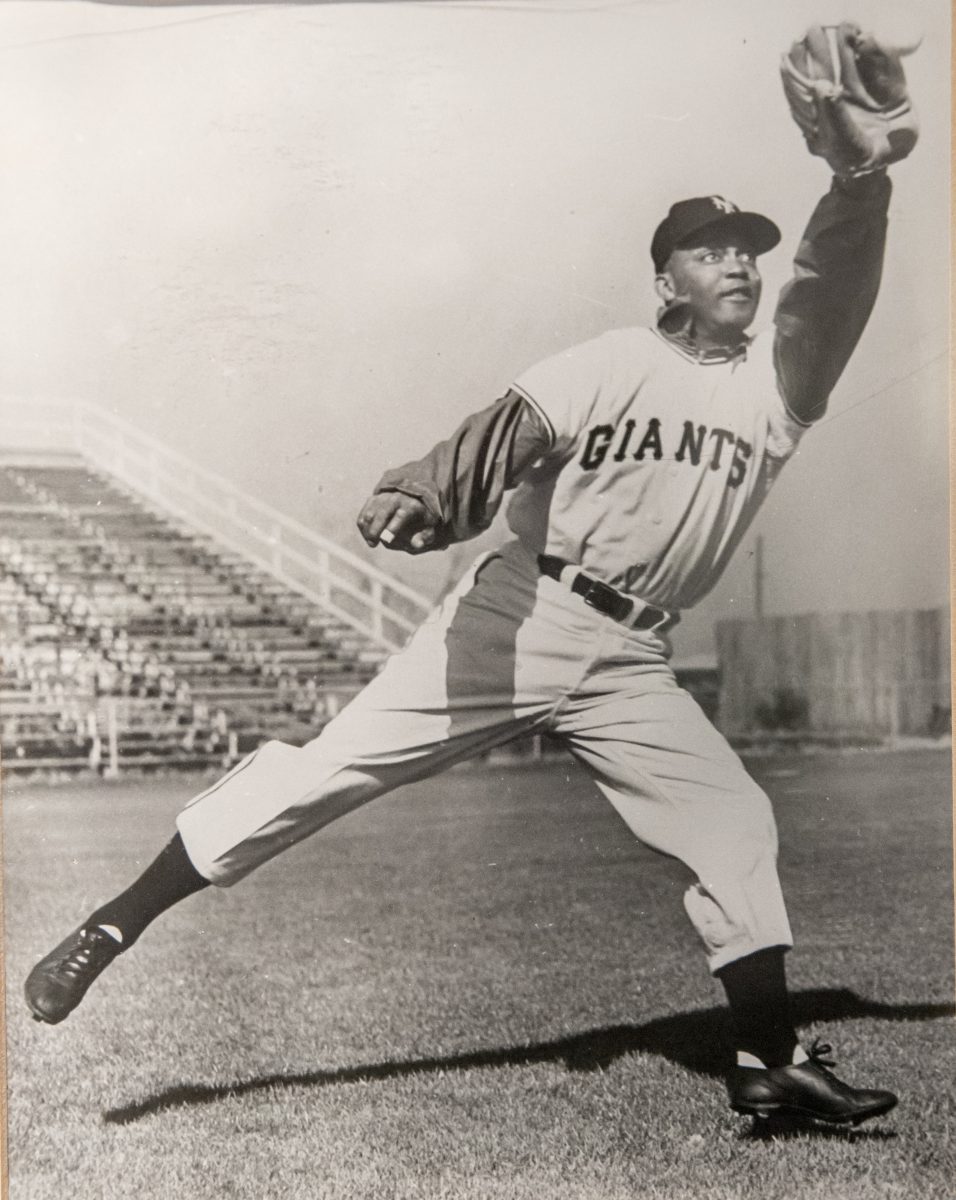 Irvin was one of the premier hitters in the Negro Leagues. As a member of the Newark Eagles, he led the offensive assault against the K.C. Monarchs to capture the World Series crown. An East-West All-Star four times, he joined the New York Giants in 1948. Irvin was the bustling force behind the Giants’ drive to pennants in 1951 and 1954. 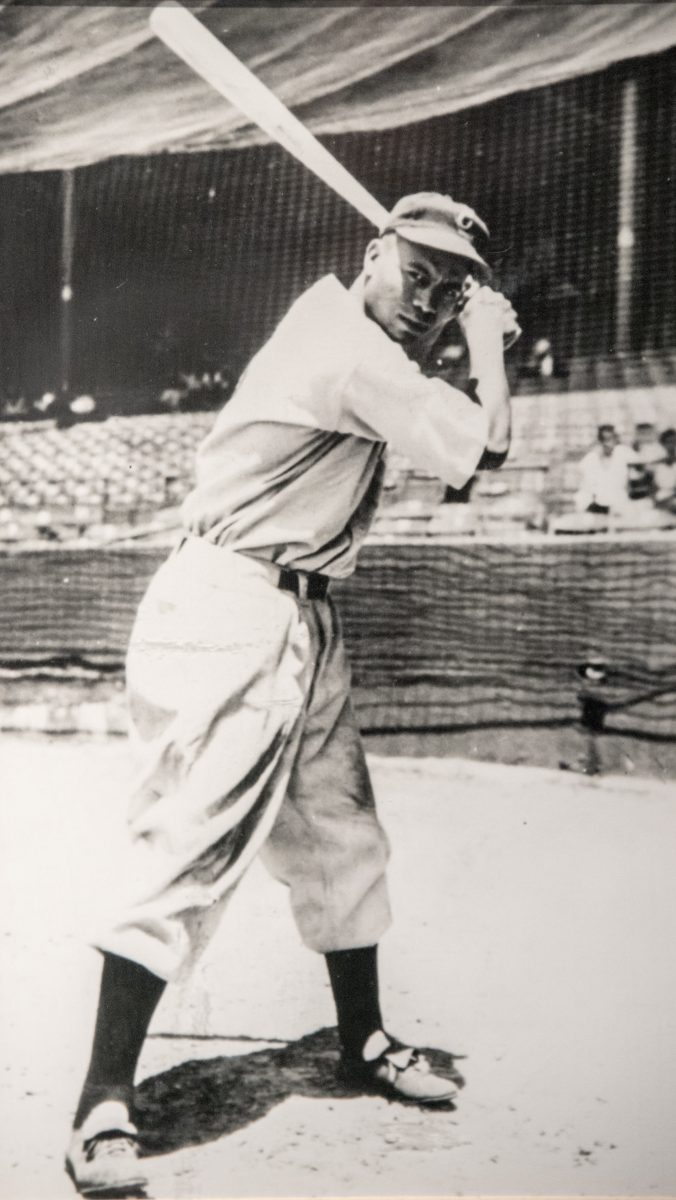 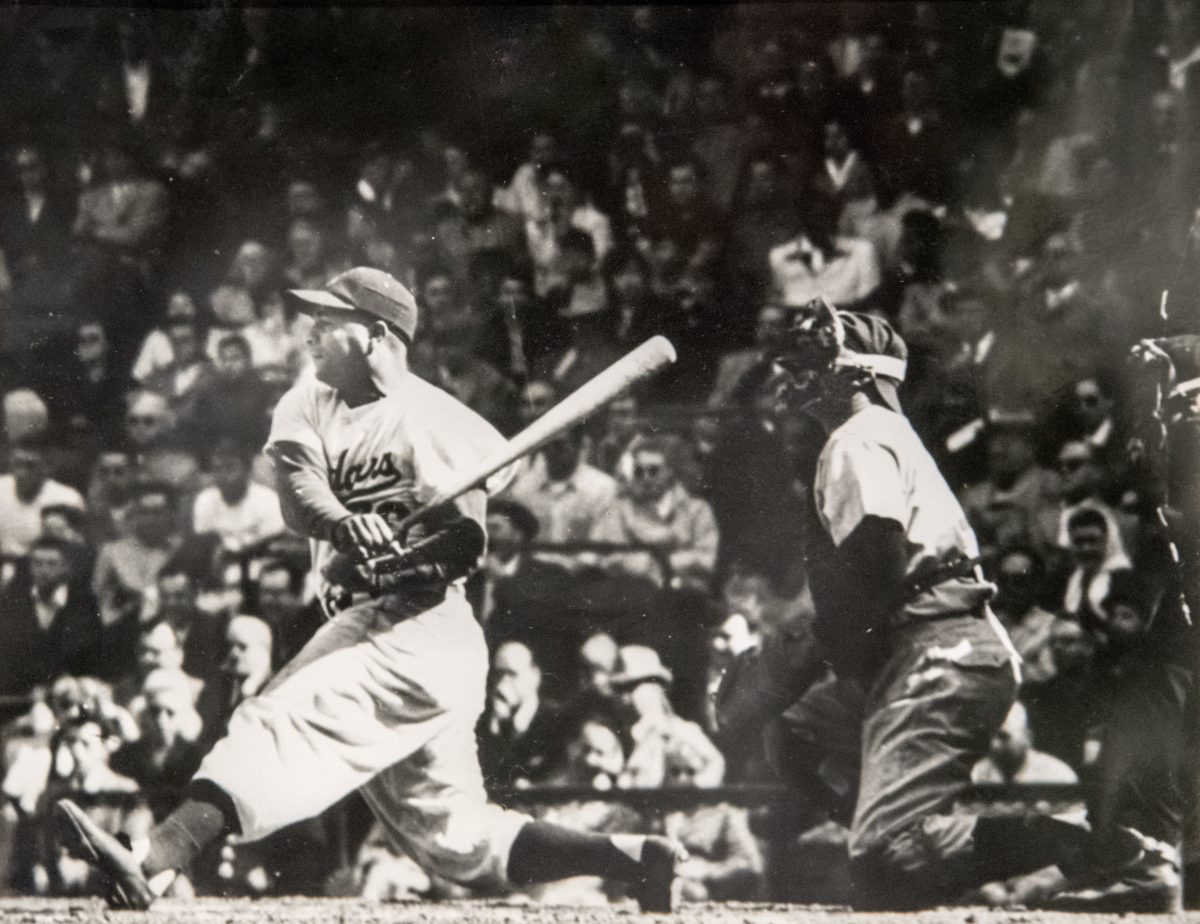 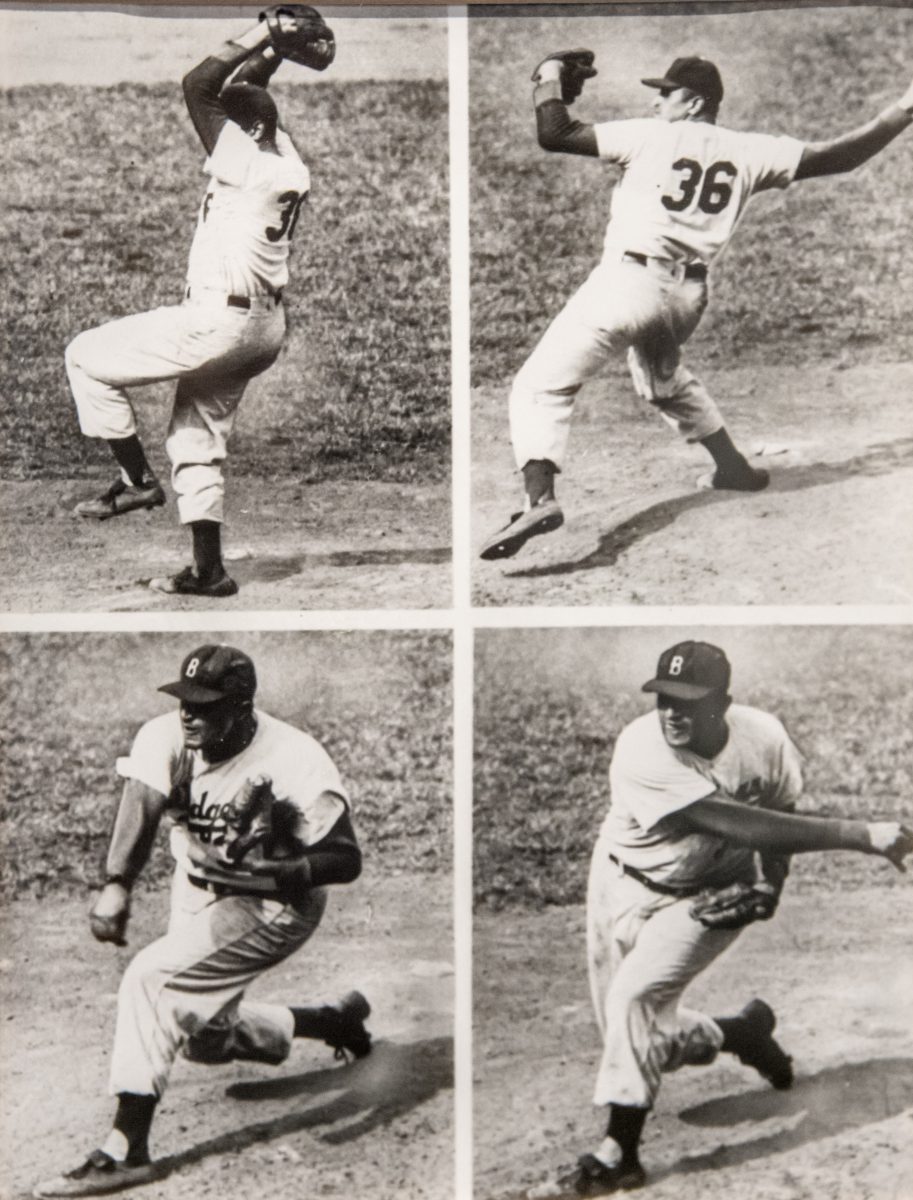 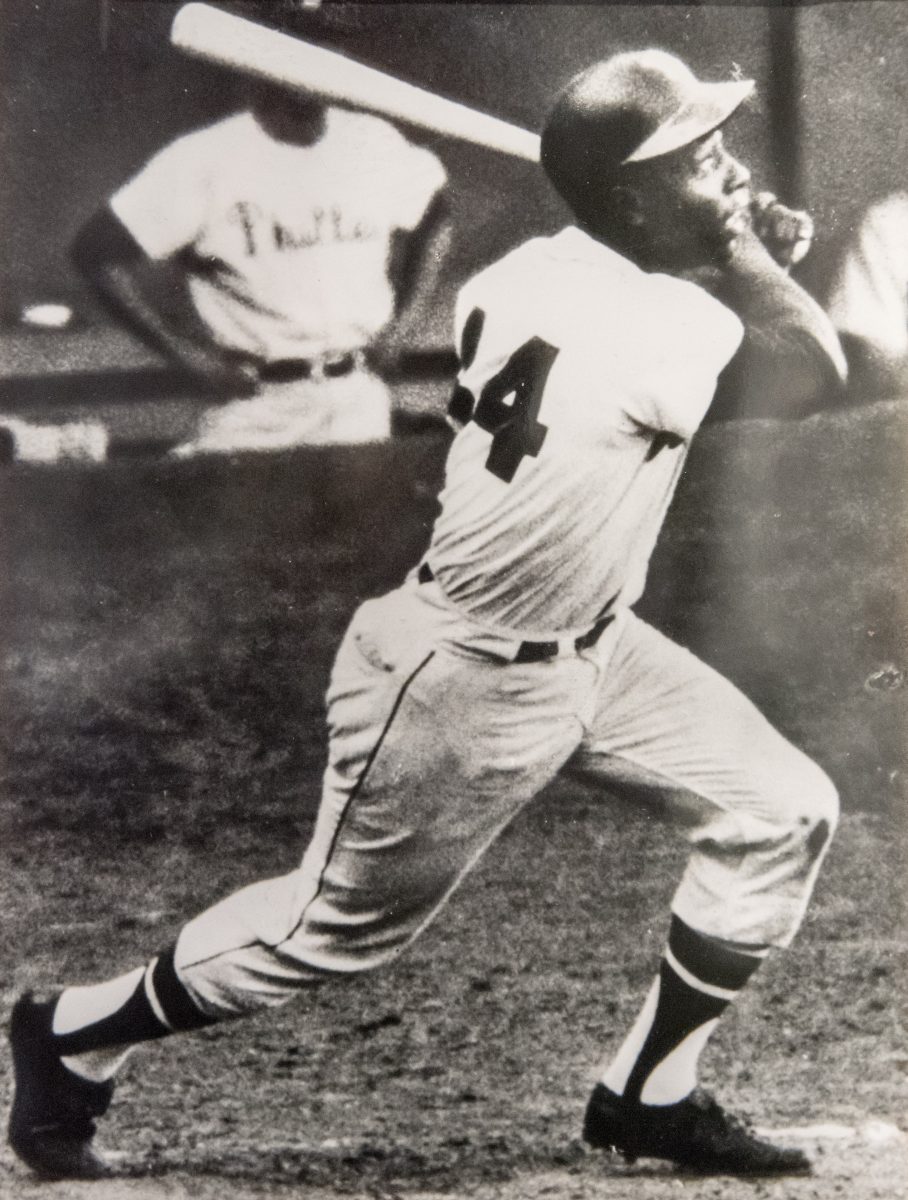 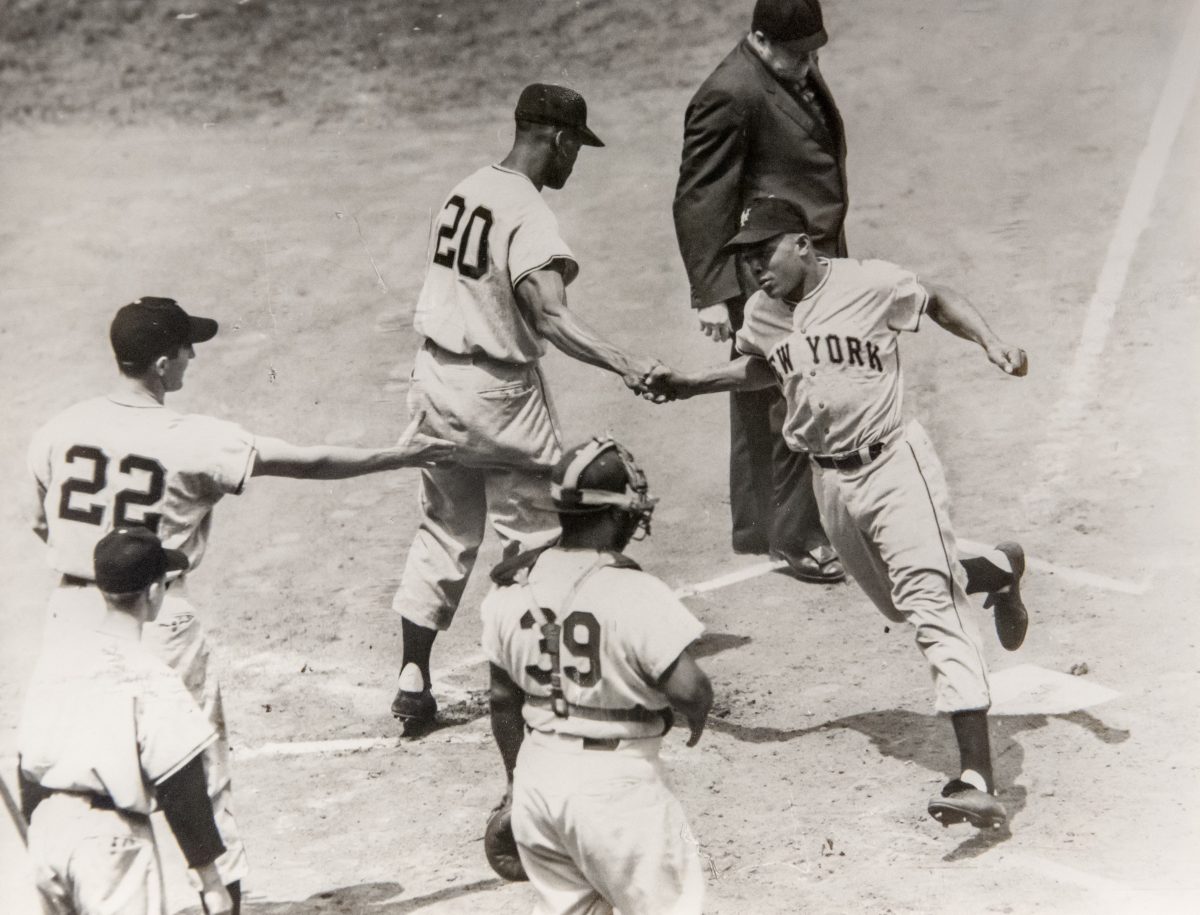 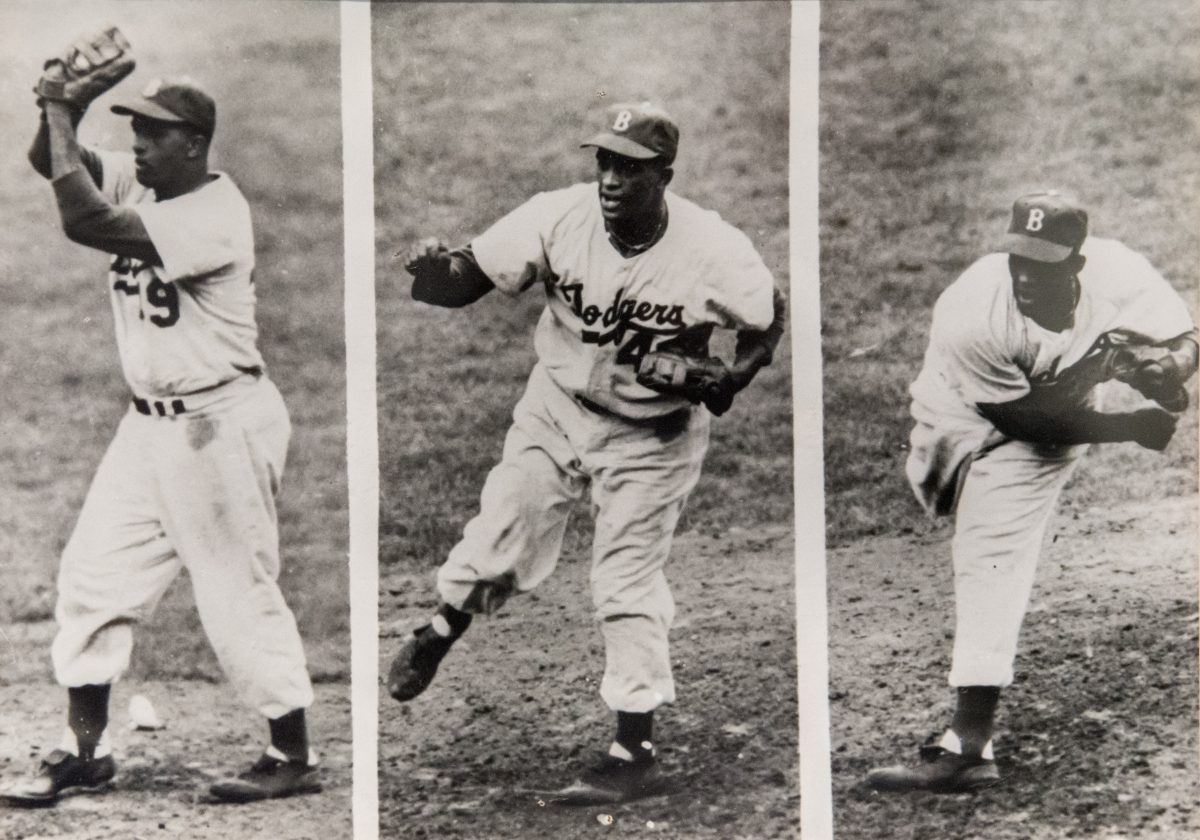 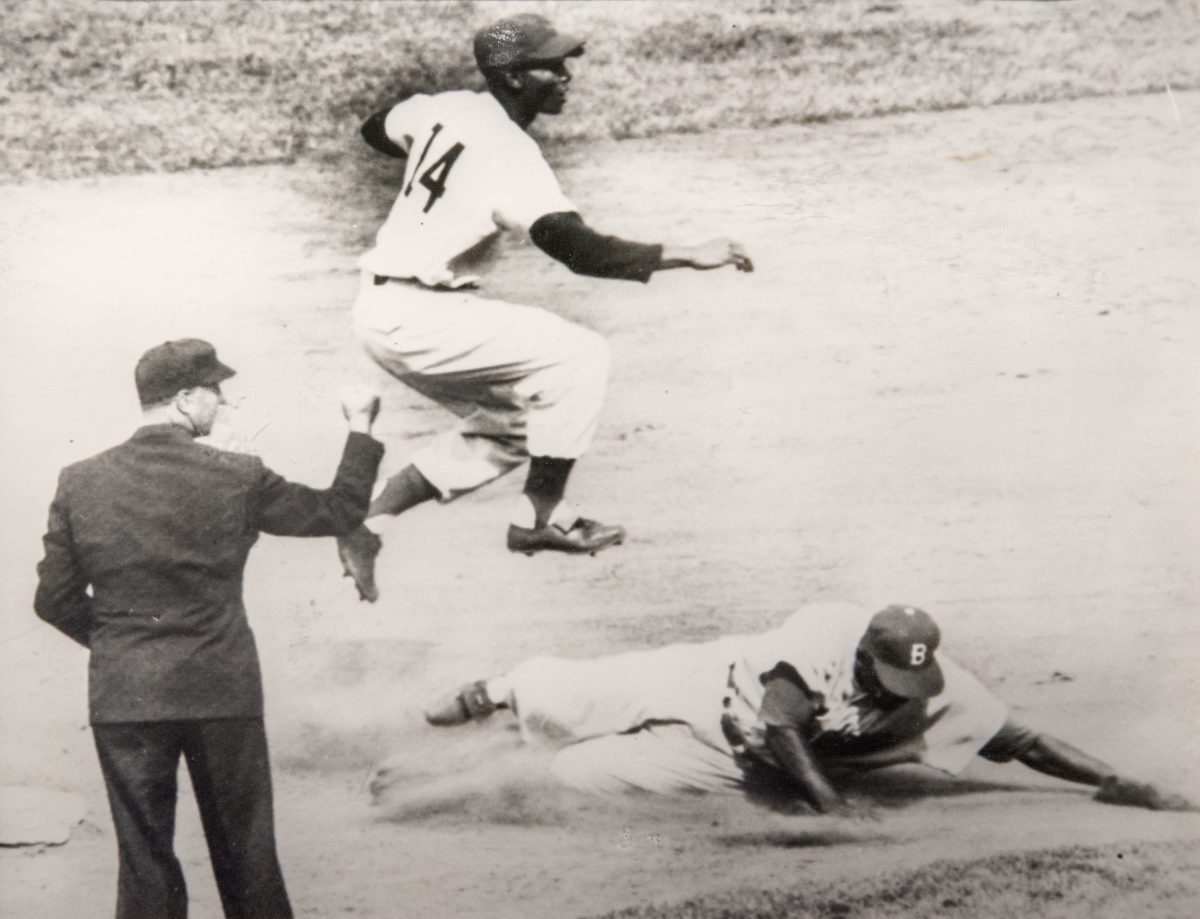 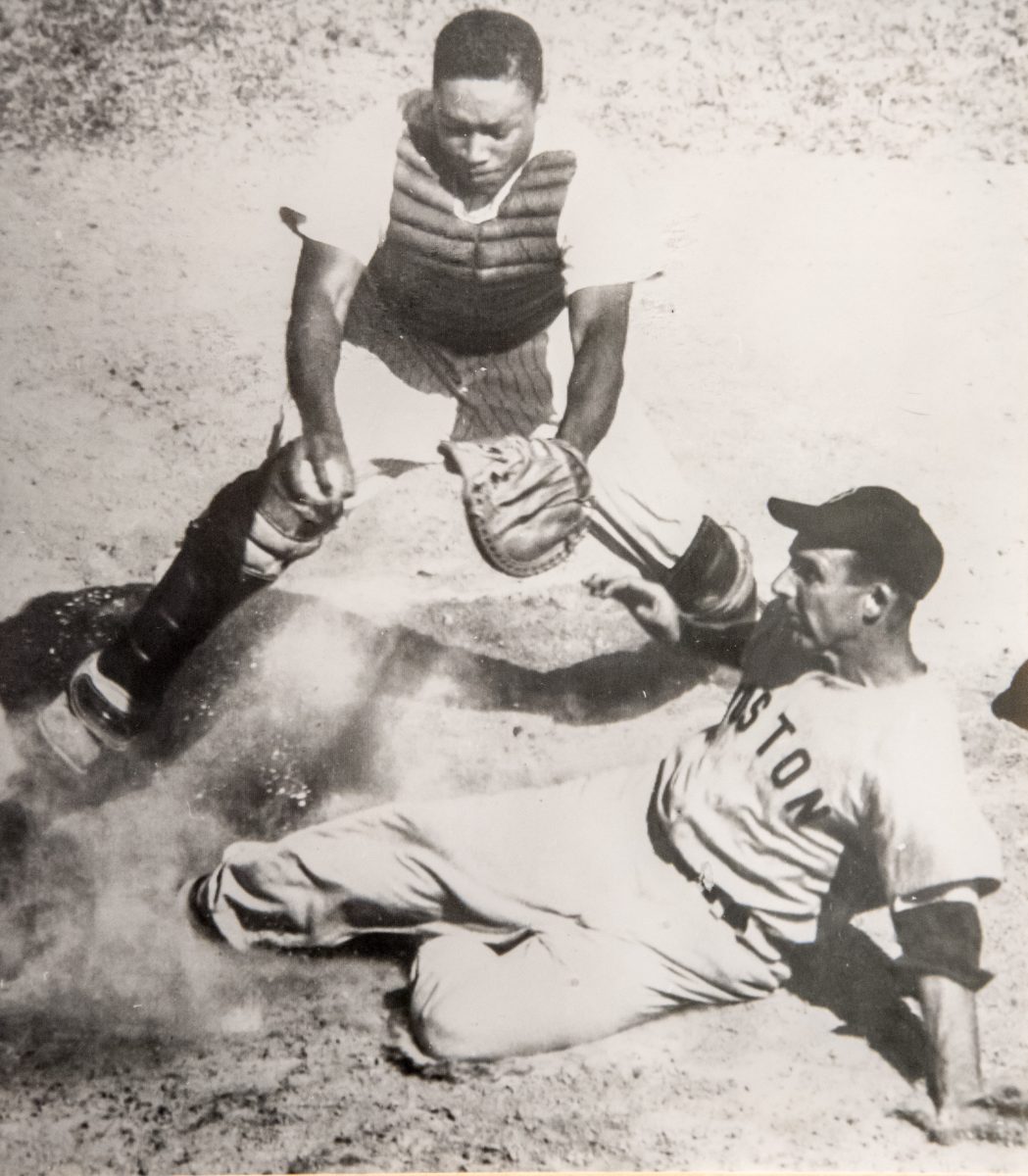 Next: More About the Exhibit