Share with students the following three points, asking them to write down each point’s main idea in brief: 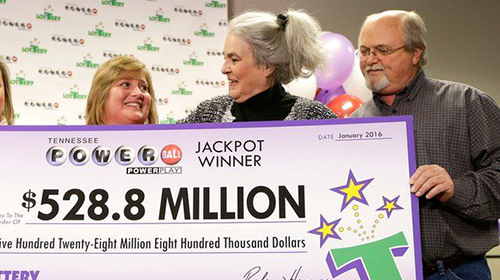 Ask students to form small groups and give each group copies of Handout #1. The Handout includes two articles about lottery winners and the issues they should consider after receiving a sudden fortune. Explain to students that the articles contain the opinions and advice of financial advisors who bring their own social and cultural perspectives to the winner’s situation — perspectives that might differ from those of students and their families. Have each student group read the articles, discuss them and answer the questions on the last page of the Handout.

Ask students to imagine they are professional baseball players recently signed to lucrative contracts. Their signing bonus and salary together are those of a first round draft pick, in this case $6,725,000.

Having considered the pitfalls faced by lottery winners, work with the whole class to create a revised list of how to spend this vast sum of money if it is to be spent freely . . . but wisely. As students name the things they would purchase with the bonus/salary money, again attach a speculative number to each item (for instance, a large house might be $1.5 million, a high performance sports car $150,000, taxes half the total bonus/salary, etc.). After you’ve compiled a list, add up the total amount spent. If the character of the list was different this time, ask students what influenced the change. Next, in connection with this second list, complete the following Do the Math! Exercise with the class, reading the directions to the group and then writing the information on the board.

Even if a baseball player starts his career in the best possible financial position as a number one draft pick, he’ll still have to spend significant amounts of his money that first year. Today, young players typically participate in financial planning sessions in order to be ready for the realities of a sudden increase in personal income. Below, you’ll take the salary and signing bonus, subtracting the various expenses that follow, in an effort to get a sense of the financial realities of a multi-million dollar contract.

To the teacher: Ask students to reflect back on how they spent their money in the Motivational Activity, checking to see if they would be in secure financial shape if they spent as they did in that first exercise. Remind them that professional baseball careers last an average of 5.6 years and the big salaries of the playing years are very rarely matched in retirement. Inform them that if they mismanaged their fortune they aren’t alone, that many players find themselves declaring bankruptcy not long after retirement because of overspending. Did they do the same?

Making Connections: In the above activities the professional athlete is often referred to as a “he,” using the male pronoun. This pronoun choice was deliberate because the big player salaries discussed in this lesson go to male athletes. In fact, the top one hundred highest-earning athletes are all men. Looking more closely, one finds examples such as this: the maximum salary for a WNBA (Women’s National Basketball Association) player is $190,550*, while the minimum salary for an NBA (National Basketball Association) player is $898,000* (for a rookie player). Efforts are underway to address such inequities, but change is incremental. 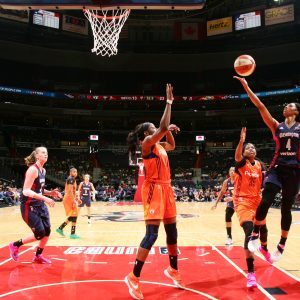 WNBA game between the Washington Mystics and Connecticut Sun

Provide students with Handout #2, which includes excerpts from an article written by a former NBA player who now works in financial planning advising athletes. Have students form small groups, reading the Handout together and answering the questions that follow.

Explain to students that as a class you’re going to imagine a fictional baseball player and track his financial fortunes. The aim will be to follow the player’s career and finances, assessing the decisions he’ll need to make as he goes from high school baseball to the major leagues and, finally, into retirement. Referred to as Player X, this imagined athlete starts his career with tremendous promise and the rewards to match.

As a conclusion to this section, have students watch the following clip featuring sports writer and commentator Kavitha Davidson. After viewing, answer the questions as a group.