Explain to students that they will now be doing a Gallery Walk. In this activity, groups of four to six students will take a few minutes at each station, reading and discussing the content.

After the groups have had a chance to complete the gallery walk, come together as a class. Ask the groups what they found in each of the stations, which represent stages in the immigrant experience of Yogi Berra’s father, Pietro. Ask the class as a whole the following questions:

Show the class the following clip from an episode of Ken Burns’s Baseball series. Instruct students to take notes while watching. Ask students the questions below. 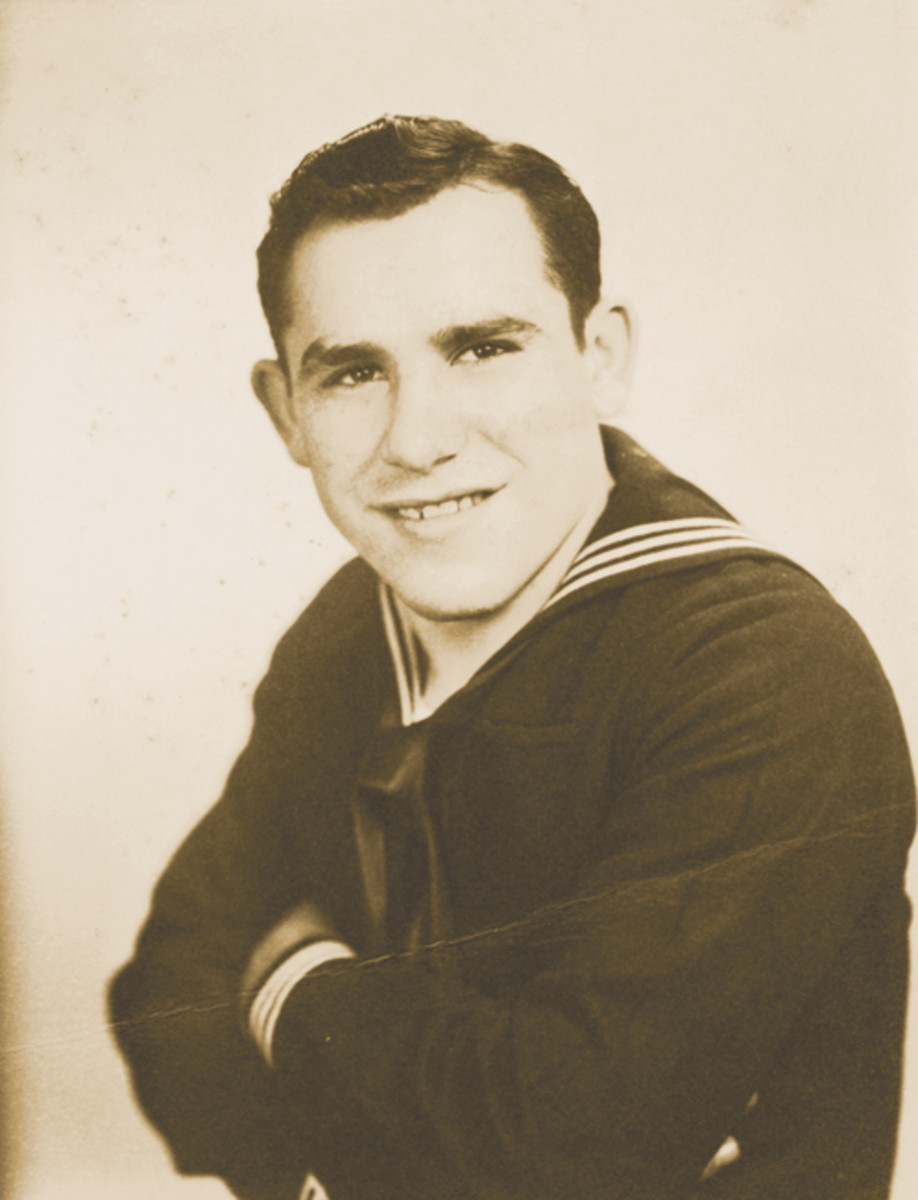 Despite his heroism in the war and his success on the baseball field, Yogi Berra still struggled against the kind of prejudice many immigrants faced. Read the quote below to your students. Ask the class the questions that follow:

“Even among the many who liked and admired Yogi, the attitude was often grossly condescending. [Yogi’s first manager], for instance, wasn’t shy about referencing to his star prospect as ‘The Ape’.”

Making Connections: Do people ever have trouble pronouncing your name? (How does this make you feel?) If not, maybe you have a friend or family member who has had this experience? Do you or somebody you know ever go by a different name or a nickname in order to avoid mispronunciation or confusion?

*Reasons why many Americans were prejudiced against Italians:

Have students watch the following clip, “The Immigrant Athlete.” In this segment, sports writer Kavitha Davidson discusses the ways in which sports have historically given the public another way of thinking about immigrants. After viewing, ask the class the questions that follow, discussing them as a group.

Research on the Cultural Impact of athletes of immigrant backgrounds:

After distributing Handout #3, have the class form small groups. Ask the groups to read through the contents and answer the questions that follow.

In this final section, students will look at Latin American immigration, considering more recent changes. Have students look at the graph below, asking them to look for shifts in immigration patterns over time. Ask the class the questions that follow. 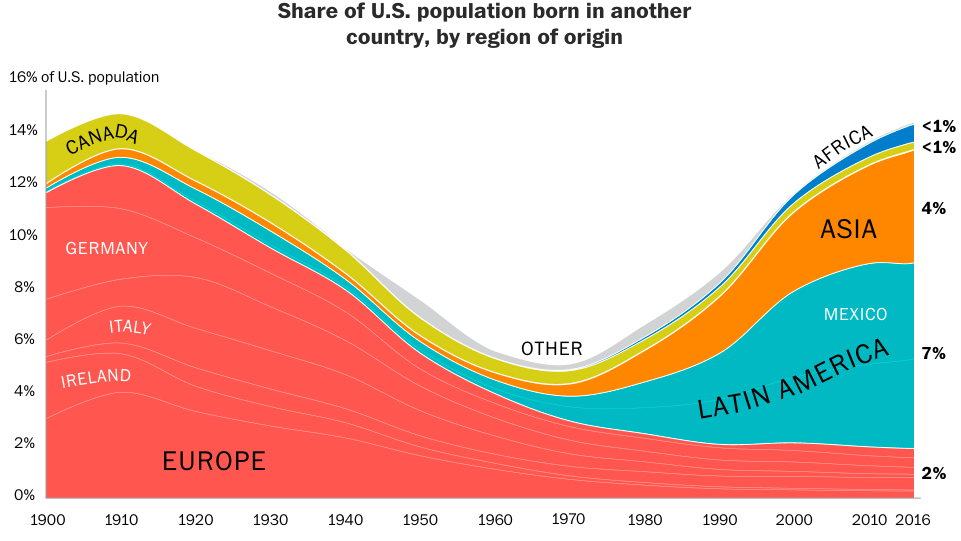 Have students watch the clip from Ken Burns’ Baseball series and answer the questions that follow.

Handout #4 – The Rise of Latinos in Major League Baseball

Tell the class that in Major League Baseball today, 31% of the players are Latin American, with that percentage rising to 50% in the Minor Leagues. Discuss with the students how this increase in Latin American players parallels immigration patterns. By way of example, explain to the class that in the Yogi Berra Museum & Learning Center there is a series of painted portraits by Andy Jurinko entitled New York City’s Golden Boys: 76 Baseball Portraits, 1946-60. Show students the photograph below of the Museum’s paintings, and ask them the question that follows. 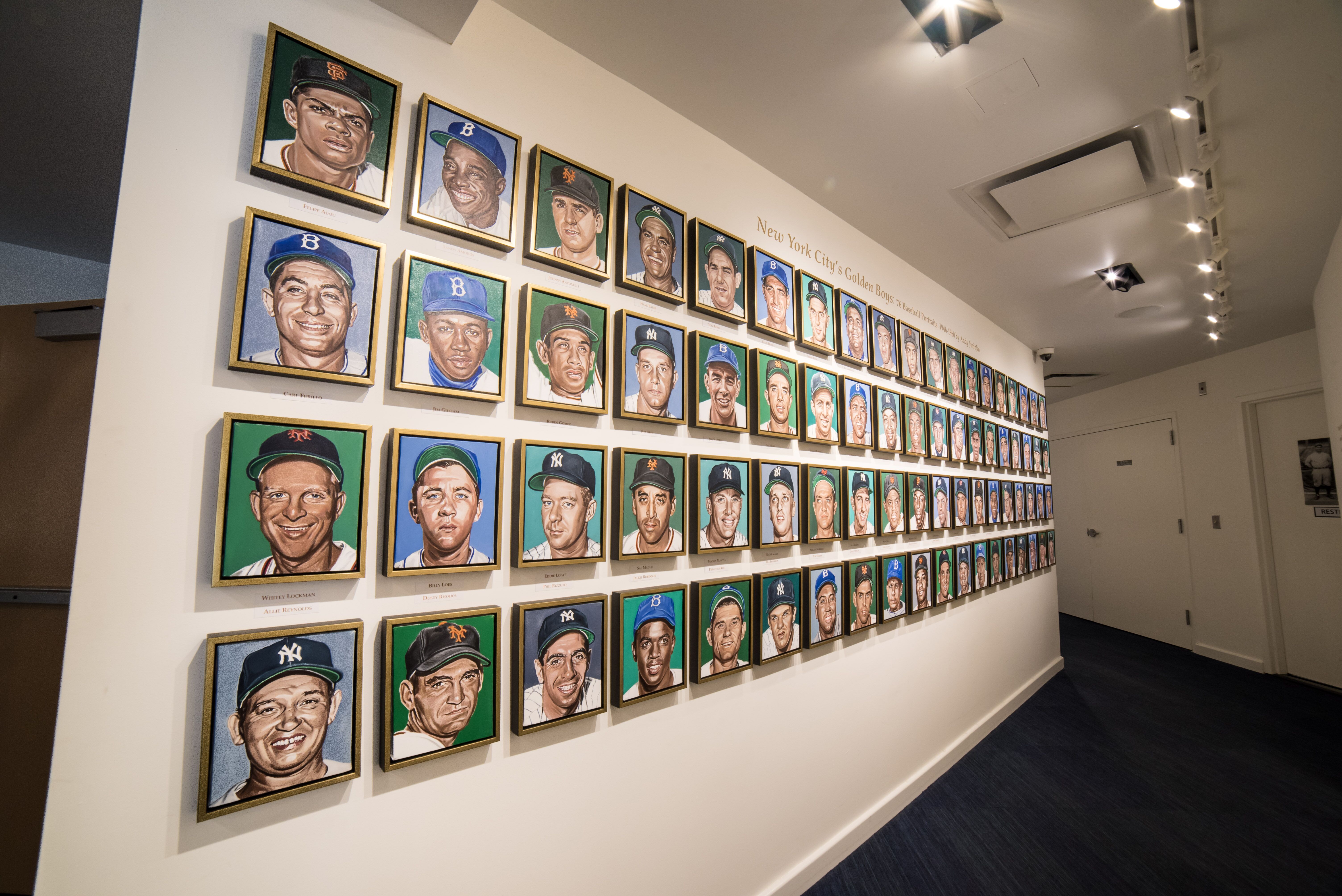 Remembering that 31% of the players in today’s Major League Baseball are Latin American, offer a speculative answer to the following question: how many among the 76 athletes depicted—a group considered the best players on New York teams between the years 1946 and 1960—do you think are Latin American?

To the teacher: Answering this question will involve guesswork for most of the students, but welcome all answers.

After students have given their answers, let them know that four of the 76 are Latin American. That’s 5.26%. Explain that all four were considered trailblazers. Now show them the individual portraits, reading the players’ names aloud.

Ask your students to think about immigration issues going on in America today. Do they see any similarities between what they have just learned in this lesson and what they are seeing/hearing about in the media? Do they recognize any patterns of discrimination or racism against immigrants in the United States by individuals or the government in the present day? 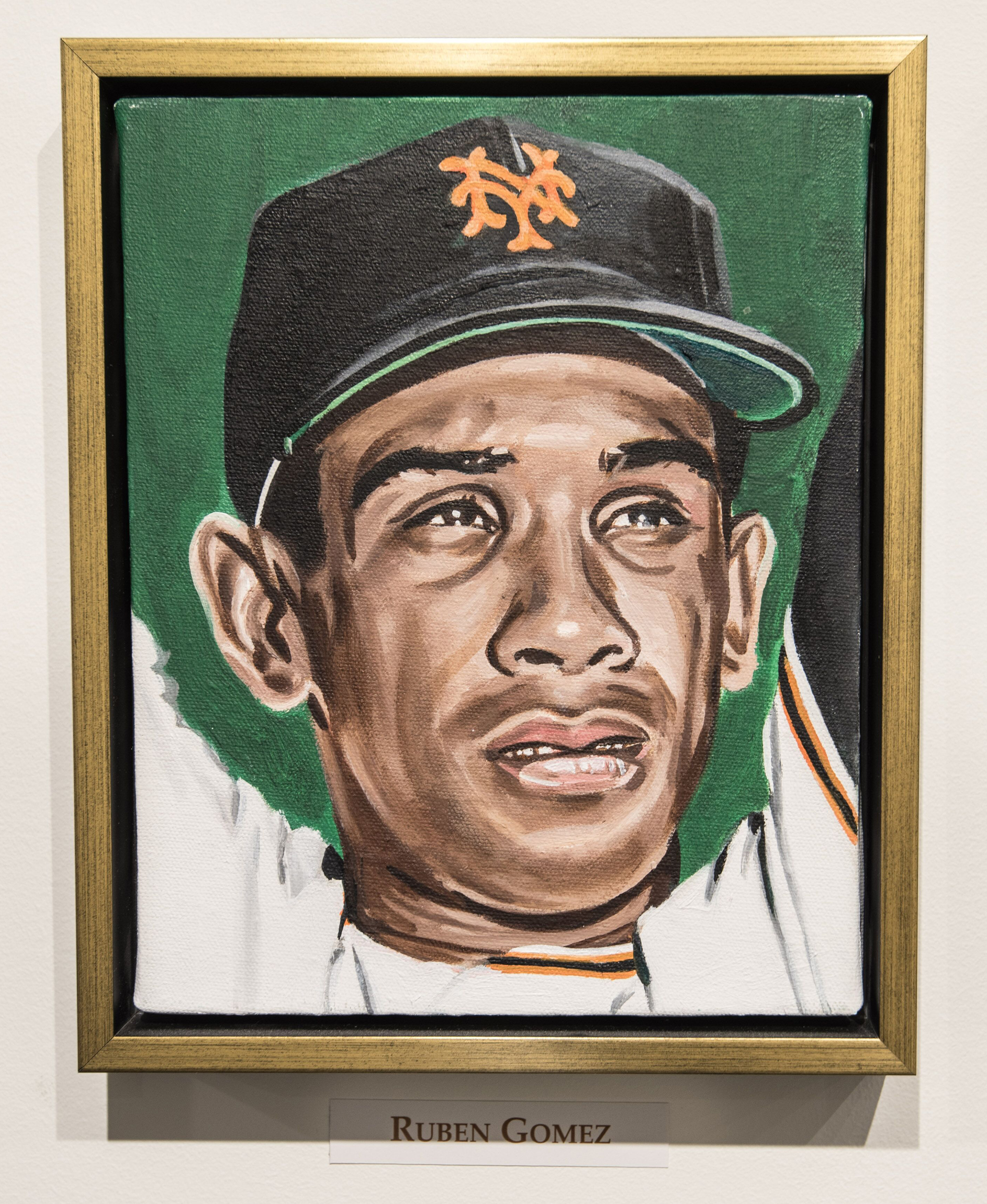 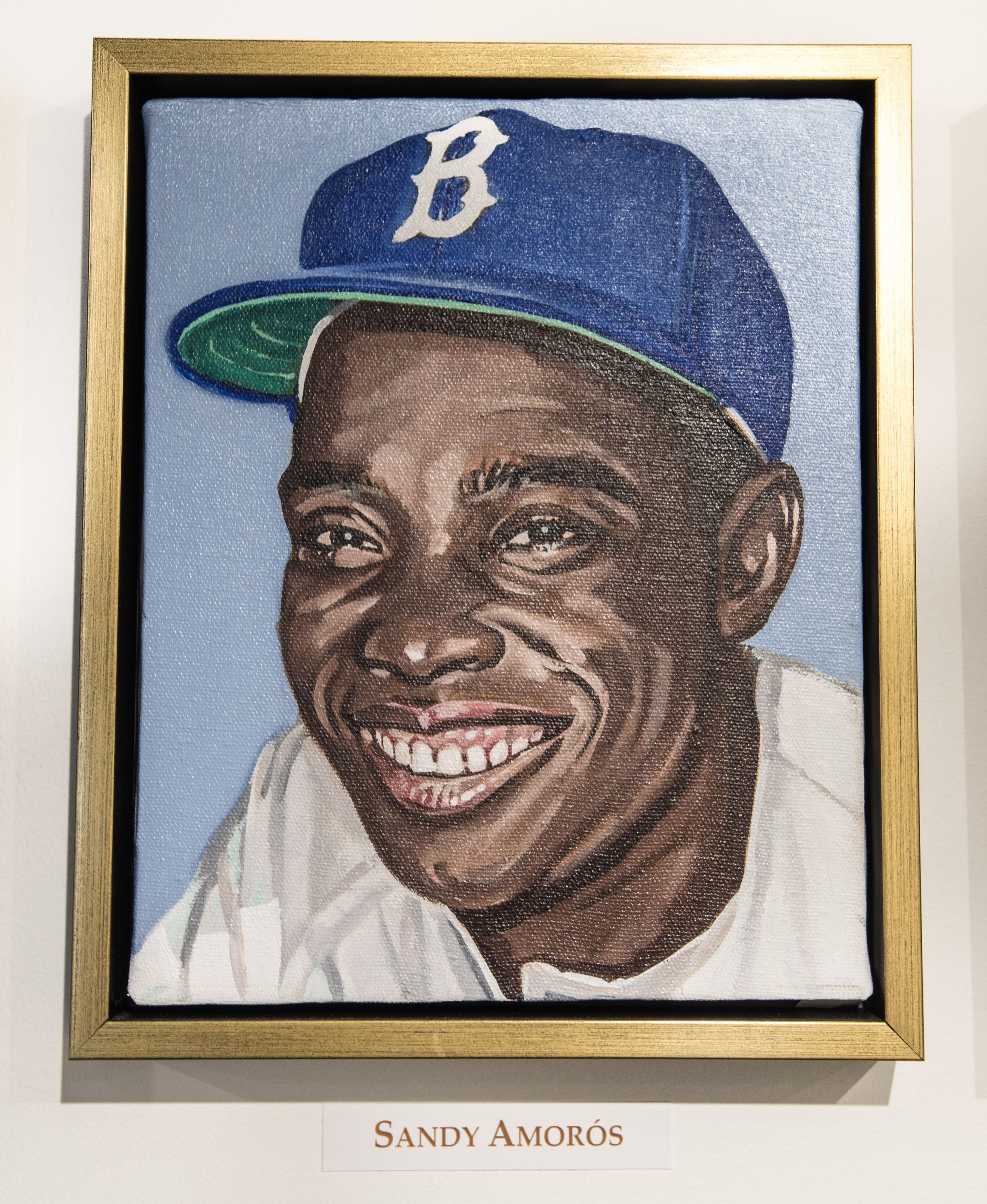 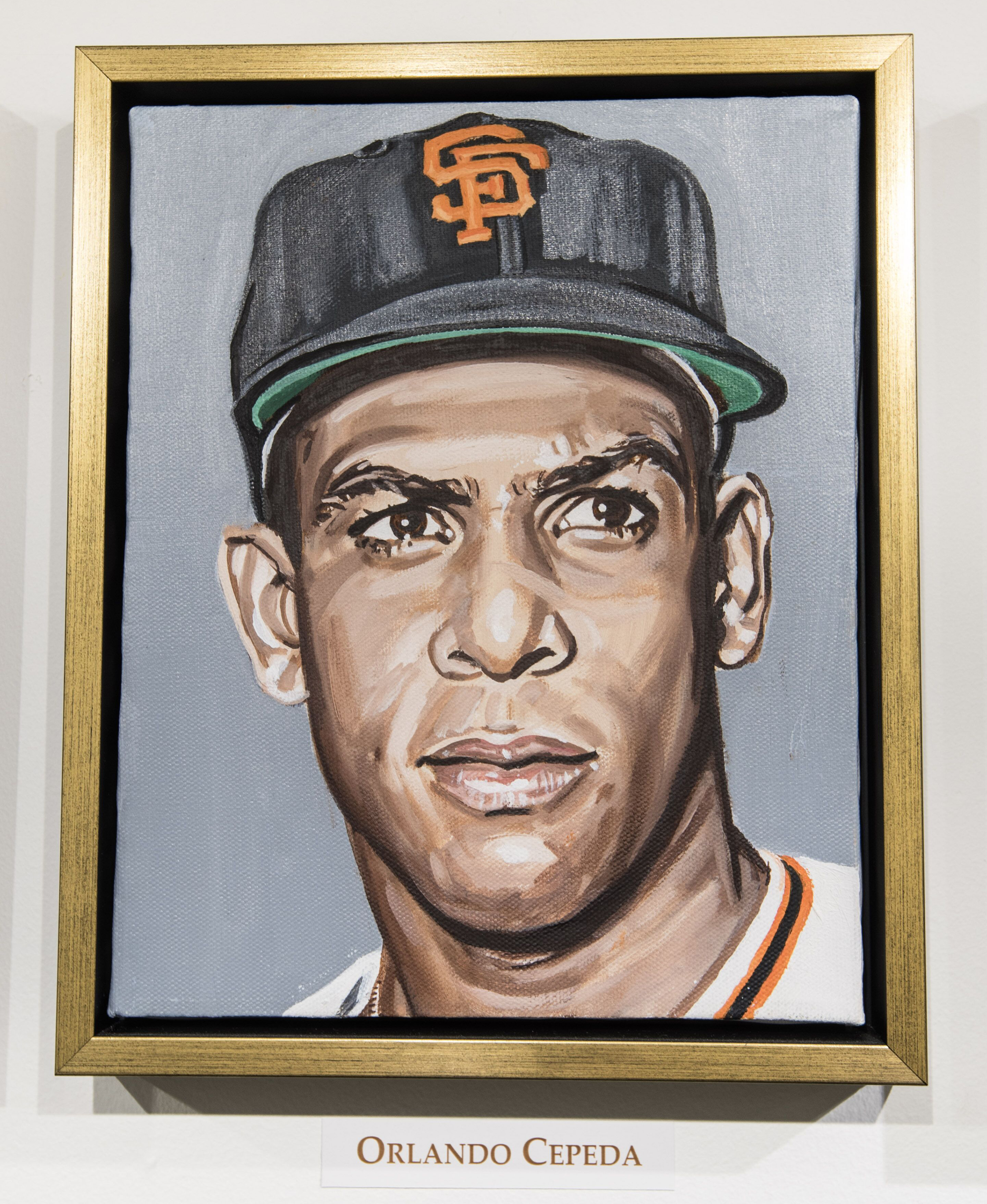 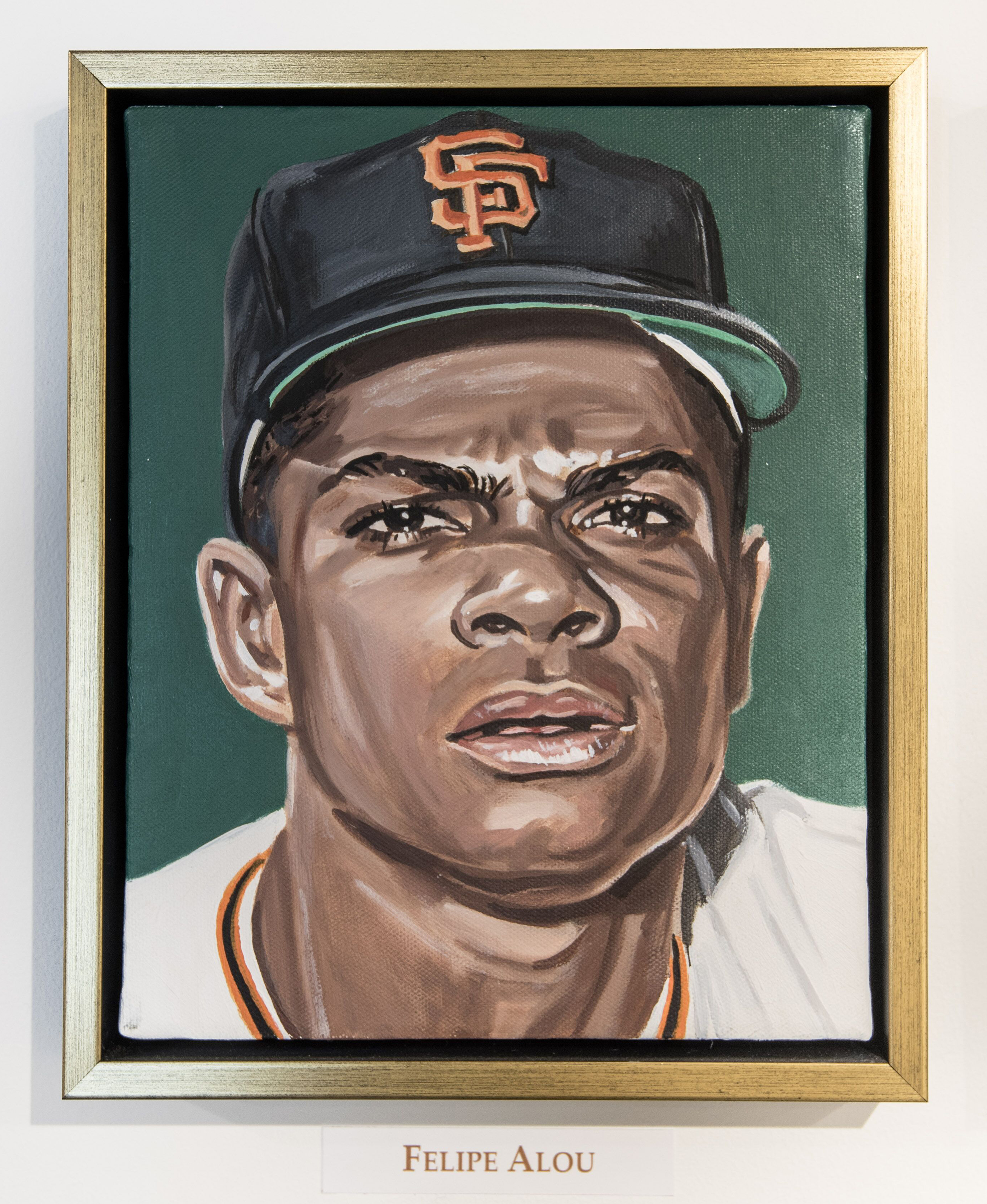 Explain to students that the last of these players, Felipe Alou, a celebrated Dominican player who also became a manager, was an outspoken voice for the rights and needs of Latin American baseball players. 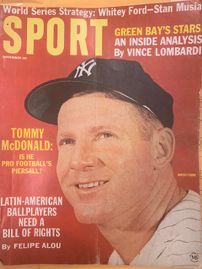 Ask students to read aloud, popcorn style, from the following quotes drawn from Felipe Alou’s 1963 Sport magazine article, “Latin American Ballplayers Need a Bill of Rights.” Then, as a group, answer the questions that follow.

“In my country there is practically no industry, and very little work. We are ballplayers; it is the only thing we can do. Take away baseball from us in the winter, and you take money away from us.”

“I receive a nice salary from the Giants, but I am not rich. I send money home to my mother and father. My father’s family is in bad shape. I have uncles, aunts, and cousins who are in terrible shape, out of work, no money. I help.”

“When I was young, my family—mother, father, four boys and two girls—lived in a wooden shack. We had to go a mile to the river for water. We had no car or truck. I carried water on my head and shoulders.”

“I think it is foolish and dangerous to label any people or any nation or any race as having more or less courage, or more or less desire to excel than any other group.”

“It is not only in the South. One night in 1959, in Pittsburgh, Orlando Cepeda and I went to a downtown restaurant after a game. We were dressed very well, I think. The head waiter came up to us and said, ‘You looking for a job? We have nothing for you.’ We told him we wanted to eat. He wouldn’t let us inside.”

“It may come as a surprise to some people—and as a shock to the San Francisco Giants—but I do not expect to stay in baseball much longer. Perhaps I’ll change my mind, but right now I plan to retire before I am 32. . . I want to own a farm and have some cows. That is the life I want, not playing baseball at night, away from my home and family, in a country where I must resign myself to being an outsider.”

Give your students Handout #4 and ask them to form small groups. Have them read the article below as a group and answer the questions that come at the handout’s end.

Ask your students if they are aware of any immigration issues going on in America today. Ask if they see any similarities between what they have just learned in this lesson and what they are seeing/hearing about in the media.

To the teacher: Allow for an open forum and encourage discussion amongst your students. Remind them of the “Ground Rules” established earlier in the lesson unit (Part 1B) and reaffirm that the class will honor them.

Write a short paragraph about Yogi Berra’s life, making use of the Key Terms defined in the pre-lesson activity.